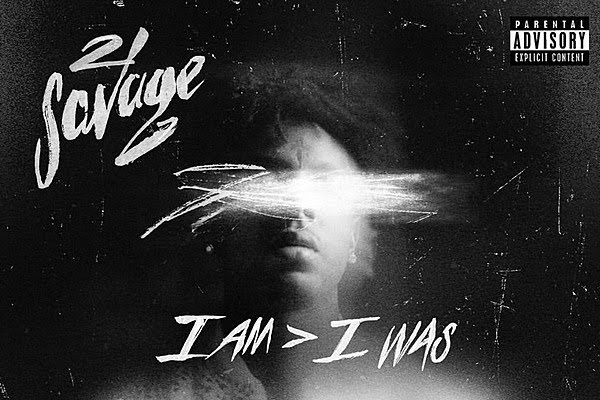 Welcome to the BroBible New Music Round-Up, where we see what new music has been released this week and continue to have our own thoughts on that ‘SNL’ Weezer sketch (more on that later.) Follow me on Twitter for more:  @ryanoconnell79

It’s been ten long years since The Raconteurs released new music and on the cusp of it becoming eleven long years the band has returned with two new songs. The two songs are the fruit of recording sessions the band is currently “in the trenches” of and were released earlier this week on Jack White’s Third Man Records. White handles lead vocals on “Sunday Driver” while Brendan Benson takes over on “Now That You’re Gone.”

Given the current state of rock music, which let’s be honest, isn’t great, it is mighty refreshing and exciting to hear new music from the band, especially because I for one am of the opinion that within a band is where Jack White is at his best. Left to his own devices, the results are mixed, if not all together frustrating. But with The Raconteurs, White is kept in line thanks to the system of checks and balance that exist within a band. Let’s be honest, the band is going to keep him from rapping and as a country, we should be grateful for their service.

A release date has not be revealed for the new album from The Raconteurs. The album will be their first since 2008’s Consolers of the Lonely.

Here is a fun little nugget of information for you. 21 Savage has been streamed over a billion times on Spotify. That’s impressive, but even more impressive given that his last full release came out over a year ago. It’s not as if 21 Savage has been M.I.A. during that time though, as he’s appeared on Cardi B’s album, as well as Metro Boomin’s NOT ALL HEROES WEAR CAPES.

Now the Atlanta-based rapper is set to run his own game again with the release of I Am > I Was. The album was rumored to be coming out earlier in the month, but you know, life happens, even to 21 Savage.

Dam I forgot to drop my album my bad y’all

No worries 21 Savage. We all forget things this time of year. Let’s just hope you didn’t forget your Christmas shopping too.

According to 21 (or Savage, I’m not sure how the properly shorten his name,) the new album will be him getting back to his roots and “going back to what brought me in the door… I wanna get back on some gangsta shit ’cause I feel like everybody rap about money and cars all day. Like they say I rap about too much guns and shit, but that’s what the hell be going on. That’s what really be going on, like, in real life.”

I Am > I Was features a rare guest appearance by Childish Gambino, as well as guest spots by J. Cole, Schoolboy Q, Lil Baby and Offset, who worked on 2017’s Without Warning with 21 Savage and Metro Boomin’.

And speaking of Offset…

Okay, okay. Understandable. Our dude Offset has been a little preoccupied lately.

Please. And you thought it was just the holiday season? Sorry, holiday szn. Nope! You were sorely mistaken. A Boogie Wit Da Hoogie, not to be confused A Boogie Wit Da Warriors, is back with his much-anticipated sophomore album, the follow-up to 2017’s The Bigger Artist, and the album is pretty loaded when it comes to guest spots.

In addition to Offset and Tyga, who appear on “Startender,” the album features Juice WRLD, Young Thug, Trap Manny, Lil Durk and Lil Quee (I told you there were a lot of rappers with Lil in their name.) The album also includes a guest spot by 6ix9ine, who also may or may not have recently appeared on a video discussing a shooting that involved fellow rapper Chief Keef.

I’m going to start a New Music Round-Up drinking game. Every time I mention Offset, you have to drink. If it’s in relation to him appearing on someone else’s album, you take one drink. But, if it’s about his album, you have to finish your drink. If it’s in relation to Cardi B, you don’t have to drink, but you do have to turn on Invasion of Privacy and listen to it all the way through. I’ll allow subbing out her album for watching her appearance on Carpool Karaoke, but you need written permission first.

Let’s start here. Chewing is a new side project from Nik Ewing of Local Natives. Pacific Ocean Blue is an album by Dennis Wilson of the Beach Boys that was released back in 1977.

Now that you’re up to speed, Ewing decided to cover Wilson’s album from start to finish, enlisting his dudes in Local Natives to help, as well Chris Chu of POP ETC and Cults. Ewing discovered the album driving in L.A. one day, a drive that took “37 minutes and 15 seconds, the length of Pacific Ocean Blue by Dennis Wilson,” he recently told Billboard. “Like many important first album listening experiences, the entire environment surrounding that listen burnt into my memory. It was like that sad, dark album was made specifically for that specific sad, dark drive across L.A..”

Ewing recorded the album while Local Natives was on tour, supporting their 2016 album Sunlit Youth, and then while the band was working on their fourth, yet-to-be-released album. Pacific Ocean Blue will be released exclusively on vinyl by Turntable Kitchen’s Sounds Delicious vinyl subscription series, just like Pains of Being Pure at Heart’s take on Full Moon Fever was earlier this year.

Based on the title of the album, it sounds like someone has been reading the news lately.

The C.I.A. is a new band made up of Ty Segall, his wife Denee Segall and Emmett Kelly of the Cairo Gang. For Segall, it’s the sixth album he’s released this year. Who does this guy think he is, Van Morrison?

Segall’s last album, Orange Rainbow, was released on only 55 cassettes, which is kind of cool until you realize that your stereo that plays cassettes is down in the basement somewhere and your basement kind of scares you because of all the shit down there and you only go down there to do laundry which is why you haven’t done laundry in a month in a half.

But besides that, kind of a cool gimmick.

Ugh. At this point just buck up and enjoy Mariah Carey’s “All I Want For Christmas Is You” like everyone else.

So About That Weezer Sketch

In the sketch, which aired during last weekend’s show, the host Matt Damon, argues that Weezer is still making good music, using their recent cover of Toto’s “Africa” as evidence to back up his case. Leslie Jones counters that the band hasn’t made a good album since their second one, Pinkerton, which was released waaaaaaay back in 1996 and was initially panned, but has since gone on to be viewed as not just one of Weezer’s best albums, but one of the best albums of the decade. I don’t know. Maybe we should stop immediately judging things? Ah, that’s for another time.

Full disclosure: I’m a fan of Weezer and have been since The Blue Album came out. But I would imagine that like other long-time Weezer fans my fandom of them throughout the past decade or so has ebbed and flowed like the tide. I am therefore of the opinion that there are three solid Weezer takes to be made.

Weezer Take Number 1: Their best albums are the self-titled ones, nicknamed after the colors of the album cover.

This isn’t a novel take. I think we can all agree here. These albums ranked: The Blue Album, The Green Album, The White Album, The Red Album. We’ll see if The Black Album, slated to be released next year, keeps this trend going. Based on the songs released so far, we here at The New Music Round-Up are less than optimistic.

Weezer Take Number 2: They have released good non-self-titled albums, but those were all released well over a decade ago.

Starting with Pinkerton, it’s not like Weezer has only limited their good music to self-titled albums. Both Maladroit (2002) and Make Believe (2005) are really good if not pretty effin’ awesome.

Weezer Take Number 3: “Africa” is good, but ultimately kind of depressing from a Weezer fan’s perspective

If you’ve been Weezer for even half of their career, you’ve come to expect a certain level of quality from them, as well as inconsistency. But even in the down years you could have faith that Rivers Cuomo and crew could bounce back. Where it gets troubling is that this time around, it was with a cover song. not an original that helped them bounce back. And on top of that, the original material they’ve released following “Africa” hasn’t been good. If this was sports, there would be legitimate concern that they lost their fastball and were relying on junk to get them through innings, which is never a good situation to be in.

For more on the sketch, check out the story behind it.

The best of Weezer!

This Week in Just Wait For It

I’ve watched this about 10 times and have belly laughed every time. I now share it with you to do the same. 😂😂😂 pic.twitter.com/gEj0FaNTV7

me attempting to parallel park with all the cars around me watching https://t.co/xwLVED32q4

Happy Holidays and thanks for reading!