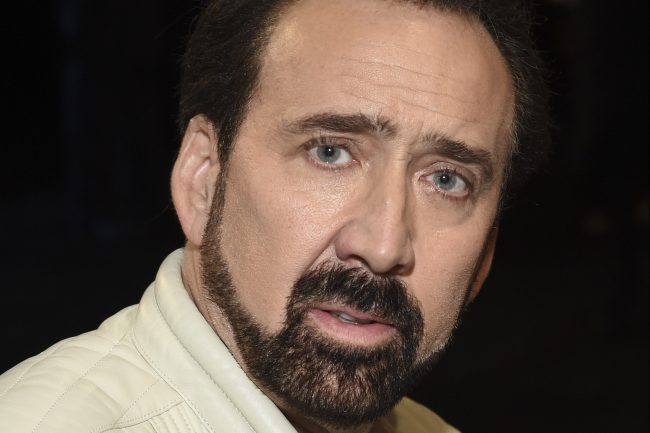 Nicholas Cage is making the rounds for his meta-movie about himself. Titled, The Unbearable Weight of Massive Talent, Nicholas Cage plays a present-day Nicholas Cage who accepts a million-dollar offer to attend a wealthy fan’s birthday party.

Here’s how IMDB explains the film,

IMDB: “A cash-strapped Nicolas Cage agrees to make a paid appearance at a billionaire super fan’s birthday party, but is really an informant for the CIA since the billionaire fan is a drug kingpin and gets cast in a Tarantino movie.”

The cash-strapped part about Cage is not only funny but also quite accurate depending on what periods of his life you’re looking at.

Cage is notorious for making insane purchases, one of which was a 7 million-year-old dinosaur skull he bought and then had to return after finding out it was stolen.

Cage recently had a profile in GQ and did one of the magazine’s “Actually Me” series for video content. The show sets up Cage making an account on sites like Reddit, Quora, Wikipedia, and more to respond to comments about him on the internet.

What’s humorous about the videos is Cage confirms and corrects stories told about him. One of the topics that popped up was when he purchased a 7 million-year-old dinosaur skull for $276,000.

Cage: “It was a skull I bought at an auction, and I bought it legally. When the Mongolian government said they needed it back, I gave it to them but I never got my money back. So somebody at the auction house should be in jail.”

It’s been some years since Cage talked about not being paid back for returning the skull, but the fact he’s still not seen his money is pretty wild. How nobody has traced back the individual who swindled Cage is crazy too.

Other Eccentric Purchases Nicholas Cage has Made

At one point Cage was worth over $150 million dollars but he pretty much wasted it all on wild and eccentric purchases.

It’s worth mentioning people often say Cage spent $150 million on his dinosaur skull, but that number is the total sum of all his bad financial decision-making and not the skull itself.

CNBC’s “Secret Lives of the Super Rich” documents many of Cage’s past purchases. This video by the Richest on YouTube does a pretty good job explaining them too.

Some of those purchases include:

Another topic Cage touches on in the video is when he demanded a screen test in front of his uncle Francis Ford Coppola when he was 15.

He also explains his own form of method acting he has developed, Nouveau Shamanic.”

You can watch the entire video below.