2 Men Face Terror Charges After Alleging They Have Coronavirus, Coughing On Grocery Worker And Licking Products 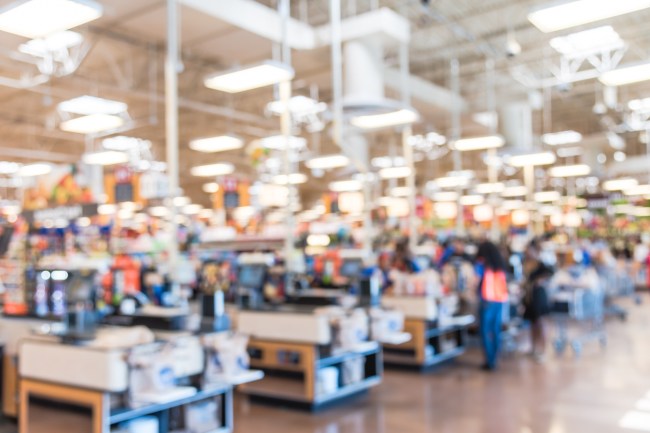 The “Coronavirus Challenge” has got people licking toilets and door handles for views on Instagram and TikTok. One influencer claims that he is now in the hospital after testing positive for COVID-19, days after he licked a public toilet.

Another person uploaded himself licking products at a grocery store, and his #CoronavirusChallenge video got a ton of views from around the world. Unfortunately for him, the video was also seen by the police who later arrested him.

Cody Pfister was seen on video licking several products at the Walmart in Warrenton, Missouri. To start the video, Pfister(? I barely knew her.) was seen in the video saying: “Who’s afraid of the coronavirus?” Then he starts licking deodorant containers on the shelf in the video that was uploaded on March 11.

Can I just say that I really, absolutely, think we need to start arresting people? pic.twitter.com/8EUqJuzJgj

The 26-year-old Pfister found himself in a tight spot this week when he was arrested. Warren County prosecutors charged him with making a terrorist threat, which is a low-level felony.

Police in Warrentony were tipped off by concerned citizens in the Netherlands, Ireland, and the United Kingdom, according to the River Front Times.

“We take these complaints very seriously and would like to thank all of those who reported the video so the issue could be addressed,” police said in the statement.

RELATED: Man Sent To Jail And To Pay $2,500 In Fines For Licking Ice Cream And Putting It Back In Viral Video Stunt

Sadly, Pfister isn’t the only one to be hit with terror charges regarding the coronavirus. A man in New Jersey was charged with terroristic threats, harassment, and obstruction, after a disgusting incident at a Wegmans grocery store in Manalapan.

George Falcone from Freehold, New Jersey, was at Wegmans, where he allegedly started coughing on a female grocery store employee and claiming that he had the coronavirus. On Sunday, the worker instructed the 50-year-old Falcone to please stand farther away from her because he was not practicing social distancing. He then weaponized the lethal virus by coughing all over her.

“The employee was concerned that Falcone was standing too close to her and an open display of prepared foods, so she requested that he step back as she covered the food,” New Jersey Attorney General Gurbir Grewal said in a news release. “Instead, Falcone allegedly stepped forward to within 3 feet of her, leaned toward her, and purposely coughed. He allegedly laughed and said he was infected with the coronavirus. Falcone subsequently told two other employees they are lucky to have jobs.”

“A detective of the Manalapan Police Department was working a security detail at the store and approached Falcone, who allegedly refused to cooperate or provide his name or driver’s license,” the state news release read. “After approximately 40 minutes, Falcone identified himself and was permitted to leave. Following additional investigation, summonses were issued today, which will require Falcone to appear in court at a later date.”

“These are extremely difficult times in which all of us are called upon to be considerate of each other— not to engage in intimidation and spread fear, as alleged in this case,” Grewal said. “We must do everything we can to deter this type of conduct and any similar conduct that harms others during this emergency.”

“There are knuckleheads out there. We see them, and we are enforcing behavior,” NJ Governor Phil Murphy said during a briefing this week.

“Exploiting people’s fears and creating panic during a pandemic emergency is reprehensible. In times like these, we need to find ways to pull together as a community instead of committing acts that further divide us,” said Monmouth County Prosecutor Christopher J. Gramiccioni.

“The individual responsible for causing additional stress to the employees and patrons of Wegmans during these unprecedented times,” said Manalapan Police Chief Michael Fountain. “It sickens me to think an individual would lower their basic human standards during a time of crisis, such as we are experiencing. As evident by these charges, law enforcement will not tolerate individuals breaking the law and placing others in fear during an already tense situation.”

On Tuesday, Falcone denied the allegations in a Facebook message to Reuters by saying: “Didn’t cough on anyone and never mentioned corona.”

The Department of Justice (DOJ) is very serious about people using the deadly virus to threaten others. Deputy Attorney General Jeffrey Rosen sent a memo to department leaders, law enforcement agency chiefs, and U.S. attorneys regarding the weaponization of COVID-19.

The memo, which was obtained by Politico, stated that people who deliberately spread coronavirus could face federal terrorism charges for “purposeful exposure and infection.”

“Because Coronavirus appears to meet the statutory definition of a ‘biological agent’… such acts potentially could implicate the Nation’s terrorism-related statutes,” Rosen wrote. “Threats or attempts to use COVID-19 as a weapon against Americans will not be tolerated.”

This isn’t difficult people. Stay home. Don’t threaten fellow Americans with coughing. Don’t lick anything in public. This sounds like some pretty basic stuff. Don’t be an asshole.