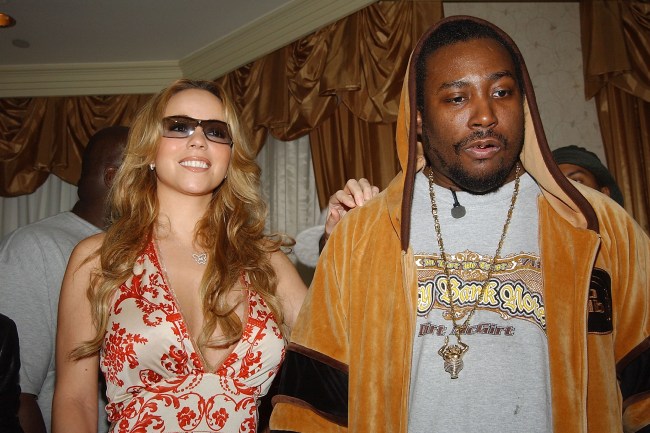 Today is a good day to work on the internet. If I hadn’t, I may not have come across this laugh out loud funny story of how the late-great rapper Ol’ Dirty Bastard came to be featured on Mariah Carey’s timeless remix of Fantasy. The story was told by Cory Rooney, the A&R rep on the song, in a 2016 Billboard article about the untold stories behind some of Mariah Carey’s most classic songs.

Andrew Barber of the Chicago hip hop music blog FakeShoreDrive, recently recirculated the story for those of us who missed it the first time. He writes, “It’s a 10/10 and could honestly be made into a movie.” This isn’t hyperbole. You owe it to yourself to read the entire story below. By the end of it, you’ll wonder how the fuck this masterpiece ever got made.

the story of Mariah Carey getting Ol' Dirty Bastard on the "Fantasy (Remix)" is a 10/10 and could honestly be made into a movie (via @billboard) pic.twitter.com/l7Pcsmy9sA

I reached out to ODB and he wanted $15,000 to rap on the record. At the time, that was a lot of money, but it really wasn’t for Mariah Carey’s budget — so, no problem. He finally showed up, three hours late, and when he got there, it was about 10:30 at night. He had been drinking, and was on the phone when he walked in. Irate, screaming at some girl how he’s gonna come kill her, he’s going to kick her a**…and then whispering, “I love you.” Then screaming again. This went on for an hour.

He finally came out and was like, “Yo, pardon me, this b**ch is driving me crazy. I need some Moet and Newports before we get into this record.” I said, “It’s 12:30 at night now bro, I don’t know where we’re going to get Moet from.” He started yelling at the assistants, calling them white devils, saying, “You white devils, y’all don’t want black people to have shit.” They went out for like an hour, and the only thing they could find were some Heinekens. He was so disgusted, he threw a bottle on the floor.

At this point Mariah had been calling every hour on the hour, wanting to hear something over the phone. Tommy was pissed because Mariah was keeping him up, so he finally got on the phone with ODB — and after that, finally we started to record. He said one line — “me and Mariah, go back like babies with pacifiers” — then paused, said, “Yo, I need to take a break,” and went to sleep for 45 minutes. He woke up and was like, “Yo, let me hear what I did so far.” We played his one line back, he sang another line or two, and then slept for another hour. He would come up with a line, punch that in, go to sleep. He went to sleep 3 different times in the middle of trying to get that one verse done. If you listen to the record now, on his verse, you can hear that it’s punched in in pieces. He actually told the engineer, “Y’all better have your shit set and record it right, cause I’m not doing it twice.”

I stayed in the studio until we finished it. So I was sleeping in the studio when Tommy and Mariah called me, and said they loved the record. But Tommy had a bright idea: let’s get ODB back in the studio, and instead of just, “New York in the house,” do [a line] for every city. I said, “You’ve got to be kidding.” Of course [ODB] wanted another $15,000. He came back to the studio, a little more mellow but dead tired. He’s sitting there picking food out of his teeth — he pulled a piece of food out of his mouth so big it was scary. I was like, “How long did you walk around with that food in your mouth?” Like, it was unbelievable. Then he fell asleep on couch, kicked one shoe off. His foot smelled so bad, we had to let him sleep and leave the control room. Eventually, we got the other parts done and that was that.

Rooney goes on to say that shooting the music video for the song was equally nightmarish. Of course, ODB wanted another $15,000, which wasn’t a problem on Mariah’s budget. But things got a bit tricky when the late rapper complained he didn’t have anything to wear for the video–“I don’t got no clothes, how am I going to do a video if I ain’t got nothing to wear?” ODB took Tommy’s corporate credit card to Louis Vuitton and came back with several bags of Tommy Hilfiger clothes and Timberlands. He then had a change of heart–“I’m not going to wear a shirt, I don’t need no clothes.” Rooney admitted to wanting to “shoot him.”

Despite ODB’s atypical creative process, or maybe because of, Mariah and ODB created one of the most iconic remixes of the 90s.

I can’t even look at Ol’ Dirty Bastard in this music video without bursting out laughing.