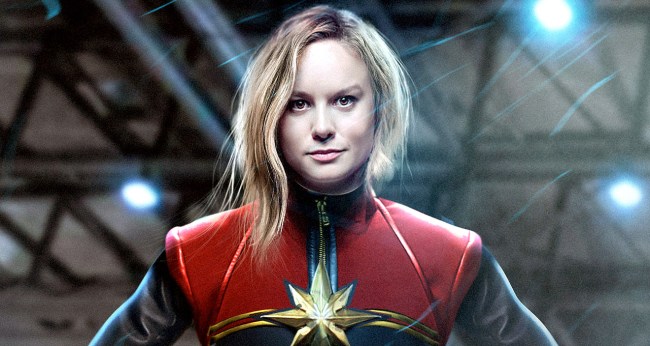 The Captain Marvel movie answered several questions with regard to parts of the Marvel Cinematic Universe as we edge closer and closer to Avengers: Endgame finally hitting theaters.

First of all, now we know where Carol Danvers has been all this time while Nick Fury DIDN’T call her for any of the potentially cataclysmic events in Captain America: The Winter Soldier, Avengers; Age of Ultron, Doctor Strange, Avengers: Infinity War, and more.

We also now know how Carol Danvers got her name, her powers and exactly just how freaking powerful she is… sorry, Tony, Thor, Bruce, but she’s got you all beat.

Related: Mind-Blowing Fan Theory Says One Of The Guardians Made A Very Subtle Cameo In ‘Captain Marvel’

However, if the people who made the movie hadn’t changed their original planned ending to Captain Marvel we would have been left with several new questions heading into Avengers: Endgame.

In a fascinating interview with Entertainment Tonight, Debbie Berman, the editor of Captain Marvel (as well as Spider-Man: Homecoming and Black Panther – bet her parents are proud), revealed how the movie was, at one point, actually going to end.

“I remember reading about your work on Black Panther and how you offered input on the final scene, where T’Challa and Shuri travel to Oakland. Are there any similar scenes that stand out to you in Captain Marvel, where you offered input that shaped or changed things in a pivotal way?”

“I did actually suggest some tweaks to the ending of this film. It used to end with Carol flying off into space alone, and I found that a bit jarring. Like, where exactly was she going? And what was she doing? It felt like we needed a stronger visual to assert a more specific justification for her leaving and disappearing for so many years. So we added Talos and his family in their spaceship waiting for her, and they all fly off together. It gave her more of a sense of purpose and made it easier to believe that she left her newfound life on Earth because she was with a friend we knew she cared about, and for a more specific mission. It gave more resonance and closure to her final moment in the film.”

Thank goodness for that too. We’ve been waiting what seems like forever to find out why Carol Danvers was not around to help out at all in any of the 20 other MCU movies. If they hand’t given us that in Captain Marvel, well, that would definitely have sucked.