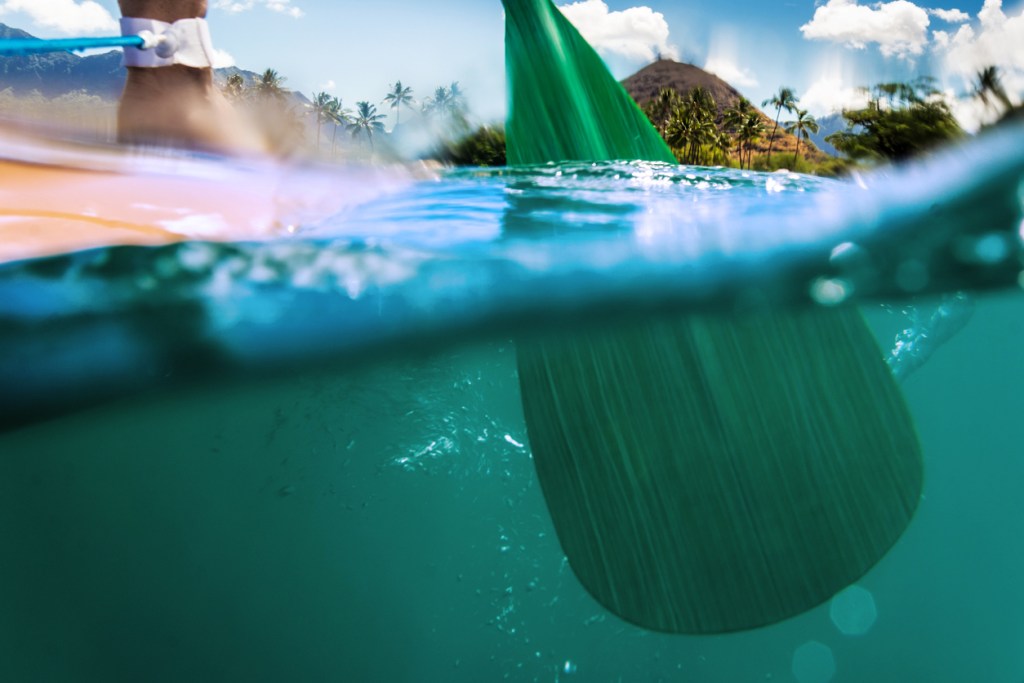 One of the safest ways to go through life is to ensure you never put yourself (and your safety) between a wild animal and its next meal. There’s always the chance that the predator sees you as a threat and goes after you instead and the prey sees you as a protector and tries to hide behind you, similar to this tiger shark and sea turtle situation here.

I can’t say for certain what happened with this tiger shark and sea turtle below, I can only tell it like I see it. This footage comes from Brodie Moss in Australia, he’s behind the YBS Youngbloods YouTube (3.27m subscribers) and Instagram pages. Brodie shared this video of him out for a leisurely paddle on his stand-up paddleboard when things got REAL in an instant.

His Instagram caption below reads “a humbling reminder for myself that it’s their ocean and I’m just a visitor! I love sharks and this little accident was not the big fellas fault.” That’s a pretty calm way to describe being caught between a tiger shark and sea turtle with the shark trying to eat the turtle. And then the turtle tries to hide under or behind the SUP and that’s when the shark takes a bite out of his paddleboard and knocks him into the water with the revved up tiger shark. Just another day in Australia, right? Check out the video below.

Here is another video of a tiger shark from five days ago (in Australia) so Brodie Moss was clearly aware that they are in the area.

The Inside Of A Tiger Shark’s Mouth

If you’ve ever wondered what it would be like to get swallowed by a tiger shark then you fellas are in luck. I published this article earlier today with a video where a tiger shark swallowed a waterproof camera and it captured what it’s like to be stuck in the shark’s mouth:

I covered this story late last Summer but I wanted to bring it back today. Jim Abernethy is an ecotourism operator, conservationist, and Emmy-winning cinematographer who has been diving with Emma the Tiger Shark for 20 years. The two were separated for a year when the global health crisis hit and Jim was unable to go SCUBA diving.

Sharks are sharks. Attributing ‘best friend’ behavior to a shark is a potentially dangerous and possibly lethal act of anthropomorphization. Yet, Emma the Tiger Shark genuinely seems at ease around Jim and as he says it, was eager to reunite. At the end of the day, this is still a wild animal but the familiarity between these two cannot be denied.

Here is another recent clip Jim shared from ‘Tiger Beach’, an infamous diving location on the west end of Grand Bahama Island where divers can find a plethora of sharks and shark species. This location is considered to be the best location on planet earth for diving with Tiger Sharks. From these two clips, it’s easy to see what the hype is all about.

The idea of getting completely comfortable around any wild animal just doesn’t sit right to me. Even if this was a great story about a diver and his Tiger Shark best friend. I’m sure there are many layers to this story and this diver knows that specimen and species a million times better than I ever would.