The Best Overlooked Rivalry On ‘The Office’ Was Ryan vs. Pam And This Montage Of Clips Will Help You See That 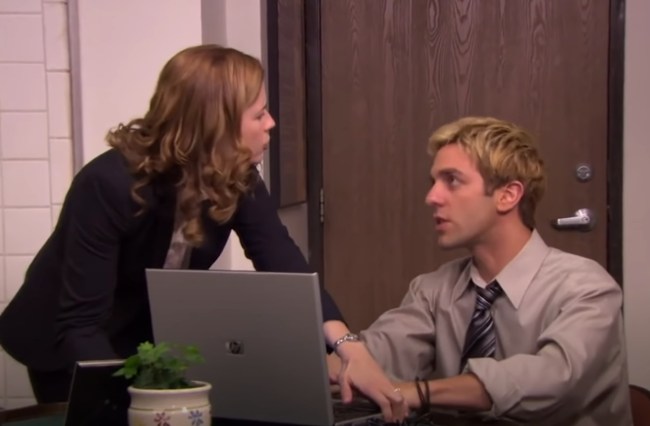 Thankfully for fans, we’ve got Comedy Central which airs reruns every day/week as well as Netflix where The Office is BY FAR the most binge-watched show. Of course, that’s changing in the near future and The Office will leave Netflix to go live on NBC-Universal’s own streaming service but that won’t change the show’s official YouTube channel.

The YouTube channel continues to churn out compilations, supercuts, tributes, and extended-cut scenes from The Office and the latest release pays tribute to the long-running feud between Pam Beasley and Ryan the Temp. This is a fantastic feud that’s often overlooked because of Dwight vs. Jim dominates the conversation about rivalries on the show but the pettiness between Pam and Ryan was unmatched and it’s finally given the tribute it deserves in this clip below:

Of course, off-screen they were friends as was everyone in the cast which is something you rarely find from a show that ran for so many seasons but I guess that explains a lot of why they all had such fluid chemistry when the cameras were rolling.