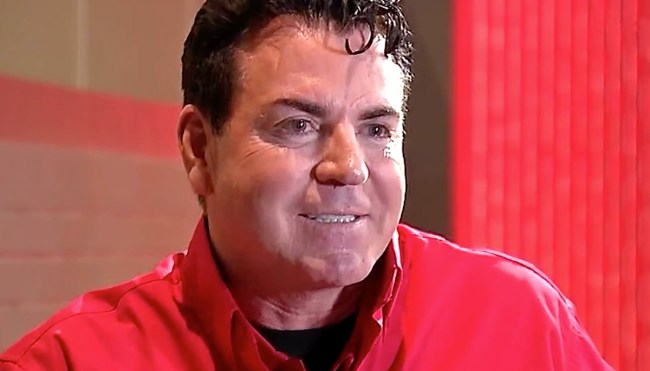 It’s hard to believe it’s been almost two years since the John Schnatter—better known as the John in Papa John’s—provided the internet with a gloriously unhinged interview where he teased a “day of reckoning” stemming from his use of the n-word on a conference call that led to him resigning as the chairman of the pizza empire he reigned over for almost 35 years.

During that same interview, the Papa John’s founder raised plenty of eyebrows when he said he was so committed to monitoring the quality of the pizza at his former company that he ate 40 of them over the course of a 30-day period (although he would later clarify he didn’t actually consume all of those pies in their entirety).

Schattner has been on a long, strange trip since then, as he’s spent a good chunk of time documenting his lavish lifestyle on Instagram and TikTok (the latter was the platform where his promised “day of reckoning” came to fruition) and even more time—specifically 20 months—to eliminating the racial slur that forced him to step down from his vocabulary.

However, he apparently hasn’t let those side quests prevent him from what appears to be his main purpose in life: keeping a close eye on Papa John’s by ordering a truly absurd amount of pizza.

During a recent conversation with Bloomberg, Schattner revealed he’s actually ramped up his quality control efforts over the past year-and-a-half, as he estimates he’s ordered and taste-tested around 800 pizzas in the previous 18 months—an average of around 44 pies every 30 days as opposed to the 40 that initially helped him make the headlines.

Schattner once against stressed he’s simply “sampling” the pizzas, but you still have to wonder if it’s only a matter of time until he’s treated to a day of reckoning of his own when a doctor reveals he’s suffering from severe hypertension.