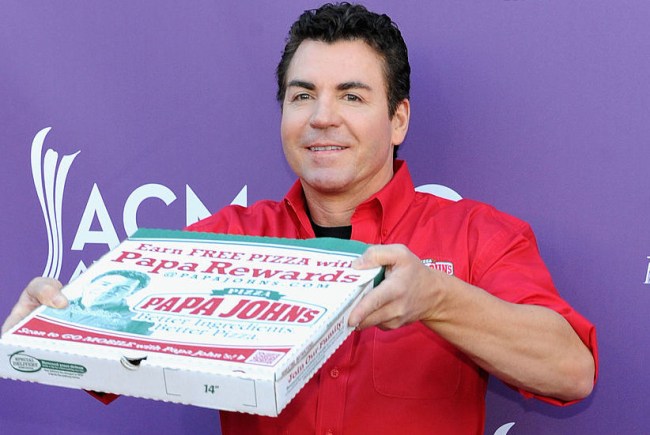 I live in New York City, which is arguably the pizza capital of the world (although New Jersey may beg to differ) and have the luxury of living in a neighborhood where you don’t have to walk more than a few blocks to get your hands on a good old-fashioned New York slice.

With that said, there are certain days (or, more often than not, late nights and incredibly early mornings) where there’s nothing I want to do more than commit an act many people in NYC would consider sacrilegious: ordering a pie or two from a national chain capable of bringing an admittedly inferior product to my doorstep.

Sure, this admission might inspire some people to say I should walk through the streets of Brooklyn naked while the owner of an “authentic” pizza joint rings a bell and repeatedly chants “Shame!” but there are simply some moments in life where there’s nothing better than housing half of an order of cheesy bread from Domino’s or devouring a few slices of Papa John’s dunked in an unhealthy amount of garlic sauce.

In 2018, John Schnatter (a.ka the Papa John) was forced to resign from his position as chairman of the board after he used a racial slur during a conference call (which played a part in the company severing its deal with the NFL).

However, back in January, he sat down for a wild interview in which he said he’s still doing quality control and asserted Papa John’s pizza has declined since he departed—a conclusion he said he came to after claiming he ate 40 of the company’s pizzas over the course of a 30 day period.

Schnatter—who also bizarrely stated the world should prepare for a “day of reckoning”—followed up that sitdown by bucking the trend of healthy New Year’s resolutions and saying he’d try to top himself by devouring 50 pizzas over the course of a month.

However, Schnatter recently sat down for another chat during an episode of the H3 Podcast to clarify his previous comments and said he wanted the world to know he didn’t actually eat 40 entire pies in a 30-day period.