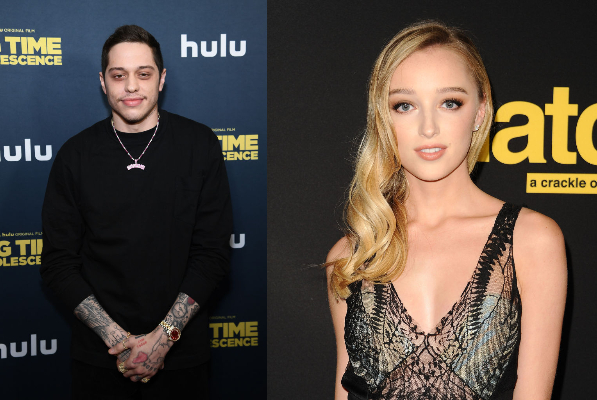 Davidson was recently spotted in England – specifically Altrincham, Greater Manchester – which is where Dynevor lives. Nothing against Altrincham, I’m sure it’s lovely, but it isn’t exactly the hot spot for tourism, especially in March when it is 52 degrees and raining every day.

Many gossipmongers are speculating that Davidson made the long trip across the pond to see his new love interest.

“During the pandemic, the actress has been living in Manchester with her actress mother Sally Dynevor, who appears in the British soap opera Coronation Street,” Page Six reported.

Dynevor, 25, posted photos on her Instagram of being in New York City on February 9 with the caption: “Grateful I got to be here for a hot sec.”

The Daily Mail reported that the couple had “grown close.”

RELATED: Pete Davidson Says ‘Someone Should Slam’ His Mom And If Nobody Will ‘Get Up In That’ Then He Might

Davidson hasn’t had a public celebrity relationship in over a year.

In January 2020, Davidson split with 19-year-old model Kaia Gerber. There were reports of Gerber’s parents, Cindy Crawford and Rande Gerber, were worried about Davidson after the Saturday Night Live comedian “freaked out” and “needed help.”

Davidson previously dated Once Upon A Time In Hollywood actress Margaret Qualley for a short amount of time, the widely publicized four-month relationship with Kate Beckinsale, the messy split with Ariana Grande, and he dated Larry David’s daughter Cazzie David.

RELATED: Woman Claiming To Be Pete Davidson’s Wife Reportedly Waltzes Into His Home And Takes A Seat At The Kitchen Table