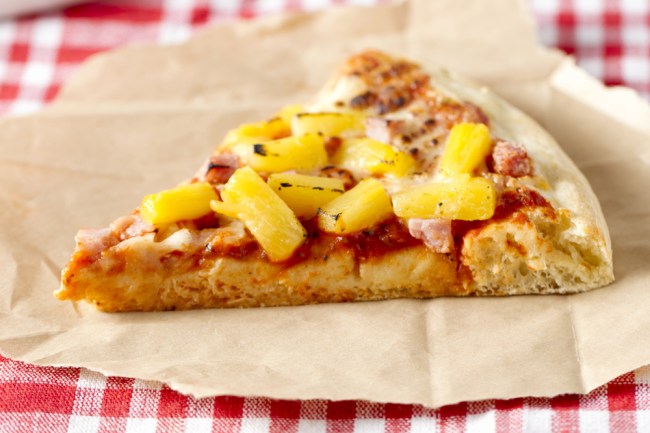 In 1962, the world was thrown into disarray when Sam Panopoulos decided it would be a good idea to put pineapple on a pizza. Since then, a fierce debate has raged between proponents and detractors of this ungodly creation, with some chefs going as far as refusing people’s request for pineapples on their pizza. Not all heroes wear capes.

On Tuesday, a Twitter user dumped a refinery’s worth of gasoline on the ever-raging fire by posting a picture of something that is somehow more monstrous than a Hawaiian pizza. I strongly suggest you prepare yourself for what you’re about to see— this image is not for the faint of heart.

How does this make you feel? pic.twitter.com/wyWteMeMRD

I’m not sure what psychological trauma someone would have to go through to come up with an idea as sick as pizza on a pineapple, but it must be pretty severe.

The image quickly began to make the rounds on Twitter, and plenty of people were quick to express their outrage.

like sitting on a warm toilet seat: unsettled, unsure of the reason, and waiting for it to be over https://t.co/4deSzWE0eM

Boy I can't wait till y'all have to face god on judgement day https://t.co/B5Hwfw8xFq

Even Gordon Ramsey decided to chime in:

It might not be as bad as strawberry pizza, but it’s pretty damn close.