Buddhist Poker Player Gives Entire $671,240 Winning To Charity, And His Explanation Makes Me Want To Give Him A Hug 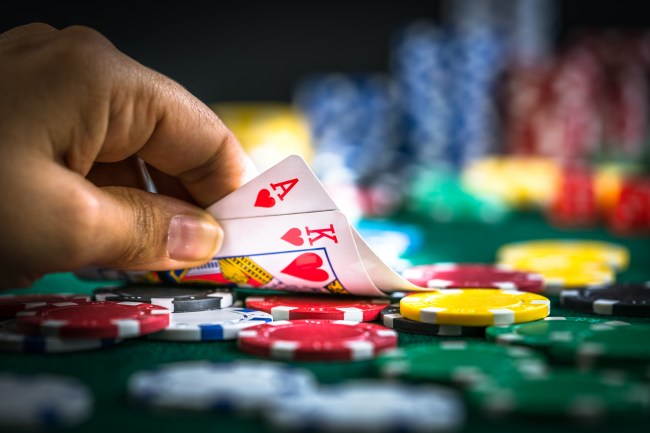 Hey, guy. You think you’re a nice guy or whatever because you recycle or tip your waitress or retweet a post by Sara McLachlan calling for the adoption of abandoned dogs with one eye? Well ya, you probably are a nice guy. But niceness is a spectrum. And this poker player just raised the nice bar.

During the PokerStars Caribbean Adventure at the Atlantis casino in the Bahamas, a 67-year-old Canadian named Scott Wellenbach got the opportunity to play in the $10,000 buy-in Main Event after acing a small buy-in tournament online.

Wellenbach, who the New York Post reveals makes a living by translating Tibetan and Sanskrit Buddhist writings, placed third in the Main Event, hauling in a hefty prize of $671,240.

So what did the dude do with the money? Buy five luxury cars? Throw down on a dope new house? Splurge on Fyre Festival 2.0 VILLA PACKAGE tickets?

No, my friends. The dude gave every penny away to charity. All $671,240 went to various Buddhist causes as well as Oxfam and Doctors Without Borders. Here is Wellenbach explaining why he’s better that us.

How can you not love this guy? Scott Wellenbach explains why he will be giving all of his winnings away. Watch that and then check our live #PCA updates as Wellenbach continues to compete for $1.5 million.

Wellenbach, who earned the nickname ‘The People’s Hero’ for his charitable act, has an interesting perspective on how a seemingly gluttonous game appealed to the minimalistic tendencies practicing Buddhist.

“Poker gives you a tremendous opportunity to work with the heavens and hells of your mind,” he said.

“You’re winning and losing every minute-and-a-half, and so some sense of how your hopes and fears go up and down with the passing circumstance of the world is brought to fore at the poker table.”

What’s even more amazing is that this isn’t the first time Wellenbach gave away all his net profits. The dude has been giving away his winnings since 2010. His biggest win had previously been $72,176, which he donated to a cause in need.

Meanwhile, I feel the crippling urge to buy a new iPhone because it has a fucking portrait mode camera feature. Whoopdie shit.

Teach me your ways, wise man.