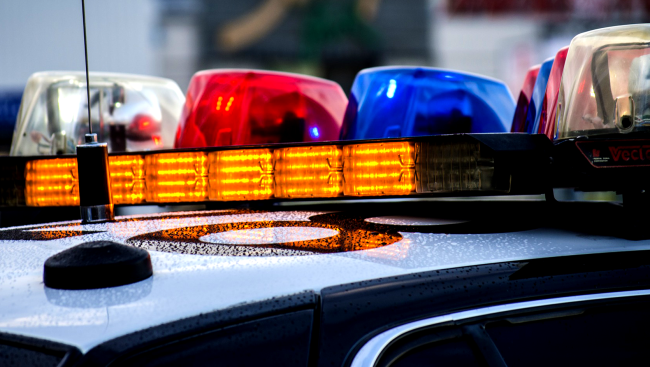 If you were making a list of things that you shouldn’t have to lock up or secure in some fashion to keep them from being stolen, a 10-foot wide, 6-foot high, 58-foot long bridge would definitely qualify.

Of course, some people have been known to call Ohio the Florida of the Midwest, but let’s not go there just yet.

The bridge in question was formerly was used in Middlebury Run Park, say police. Identifying characteristics include it being made of composite material and steel. Oh, and the fact that it is a 10-foot wide, 6-foot high, 58-foot long bridge!

The bridge had been removed in the early 2000s as part of a creek and wetlands restoration project.

According to News 5 Cleveland, the missing bridge was being stored at a public park and the city did have plans for utilizing the bridge for another project, until it, well, disappeared.

Apparently, last month, officials city noticed that the treated deck boards had been removed from the bridge. Then, about a week later, the rest of the bridge had completely vanished.

“I have not heard of anything that large — albeit it disassembled but actually stolen, I can’t think of anything comparable in my 22 years [at the Akron Police Department],” said Lt. Michael Miller. “We know it will be met with mystery and questions:who and how and why? All of those are unanswered. It ranks high on the list of mysteries, that’s for sure.”

Akron’s engineering department estimated the value of the missing bridge to the city at around $40,000.

“It may not have been as complicated as we first thought. Essentially the bridge is made of some sort of polymer. It’s connected by some bolts. If you have any equipment, sockets, and things of that nature, it wouldn’t have been very difficult at all to begin the process of disassembling that,” Lt. Miller said. “It’s described as a big Lego-like device.”

If the thieves stole the 58-foot-long bridge hoping to sell it off for scrap, Lt. Miller says because of it being made mostly out of a polymer-based material it’s basically worthless to a scrapper of recycling company.

“Someone that might mistakenly think there is a particular scrapping value of that particular material. Maybe they are mistaken and now they’re stuck with, ‘well, what do we do with it?” said Lt. Miller.

Reactions on social media to the bridge disappearing were tremendous.

Someone really stole a whole ass bridge in Akron lmfao.

I get why you’d ask, but this bridge in my closet is a family heirloom https://t.co/Dnn1i8Grsf

In the city I moved away from in October, someone has stolen a whole-ass bridge.
What are their plans for that bridge? What was the end game?? https://t.co/EUbDZ2vFKk

Before the rumors and warrants start circulating, I just want to state for the record that I have an alibi. I was building a bridge over the creek in my backyard.https://t.co/eemBCJBXuv

Who steals a bridge? https://t.co/LI7veZbvVj

ONLY IN OHIO: A 58-foot long bridge has been stolen from a park in Akron.

I said we weren’t going to go there.