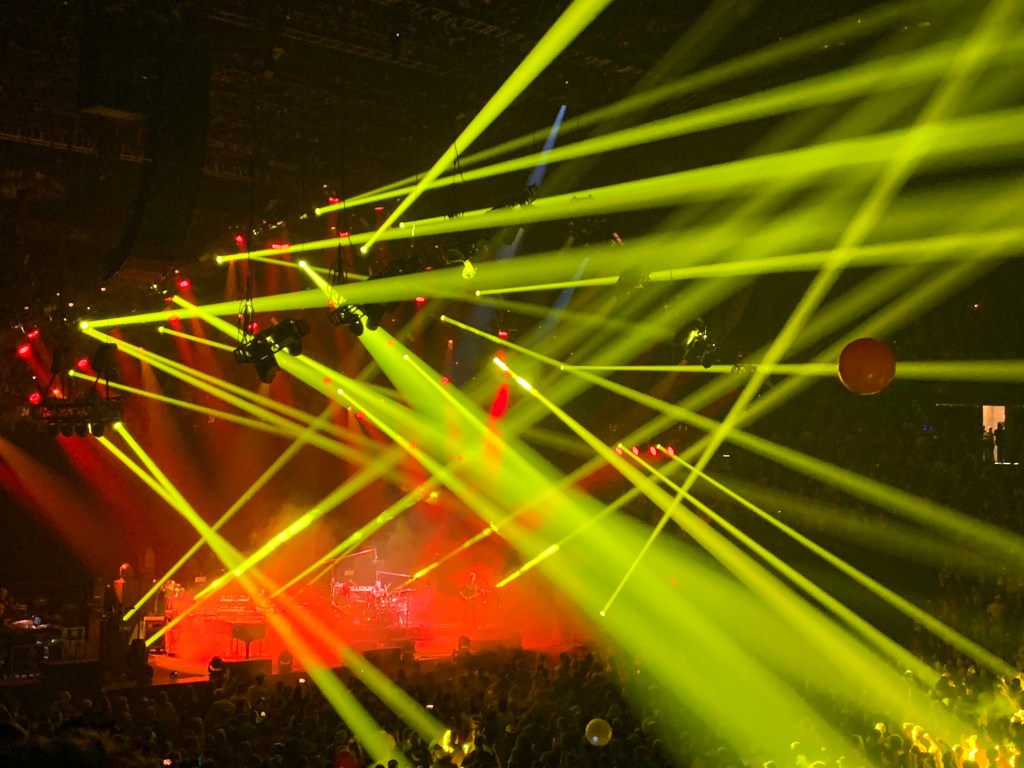 I need live music back in my life this year. Specifically, I need Phish to announce something. Even if it’s just a glimmer of hope on the horizon I need them to make a tour announcement of some sort so I can have something to look forward to in the months/years ahead. And I know that if you clicked this article you’re probably feeling that same yearning for concerts and festivals.

Earlier this month, Dr. Fauci made a statement that he believes live events ‘could return in the Fall’ depending on the success of the vaccine rollout. So there’s some reason to be hopeful. People have made terrible predictions since day one of the pandemic but this is a prediction a LOT of people are really hoping comes true.

So what’s this experiment all about that I mentioned in the headline? Primavera Sound Festival Trial aka PRIMA-CoV was an experiment run in Barcelona at a 1,600-person capacity venue to see if it would lead to the spread of COVID-19. This is an indoor concert venue.

They had everyone tested 14 days ahead of time, then everyone took a rapid test the day of with results in 15 minutes. The event lasted five hours. The 1,042 people were aged between 18 and 59-years-old. They were then split into two groups with 463 people getting to go into the concert and 496 people as the ‘control’ group who were left on the outside.

The venue served booze and optimized its ventilation. People allowed into the venue were given N95 masks which they were only to remove when they were drinking. No social distancing was enforced. Then everyone was tested eight days later, according to Hypebeast. What they found was nobody who actually attended the concert ended up testing positive while others in the control group actually did. Thus showing that it’s possible to do this safely.

The 959 attendees all underwent another rapid and an antigen test eight days after the clinical trial. Results showed that no one in the group that entered the venue tested positive, but two in the control group did.

“Therefore, attending a live music concert staged with a series of security measures that included a negative antigen test for SARS-CoV-2 done on the same day, was not associated with an increase in COVID-19 infections,” researchers said, adding, “That was, precisely, the objective of this study: to validate these kind of tests as an extremely useful tool to be able to carry out any type of event, whether musical or not, without social distancing.”

The primary goal of this experiment was to show that these tests and measures are useful to stop any spread of coronavirus. As grim as it seems, a future of rapid tests at the door before large-scale events seem like a very real possibility. At least for the first stage of live events returning. And I’d rather not have to stand in a large plastic bubble to attend concerts…

A recent German study found that ‘aerosol transmission can almost be ruled out‘ if concert-goers wear masks and the venue has optimized ventilation. So the rapid tests are another element of ruling out any possible infections.

It’s hard to imagine seeing an indoor concert this year with 20,000 people but it really seems like we could get there if the recovery starts progressing at the rates people are hoping to see, the rate of recovery the experts know is possible with a coordinated effort. For more on this experiment, you can head over to Consequence of Sound.