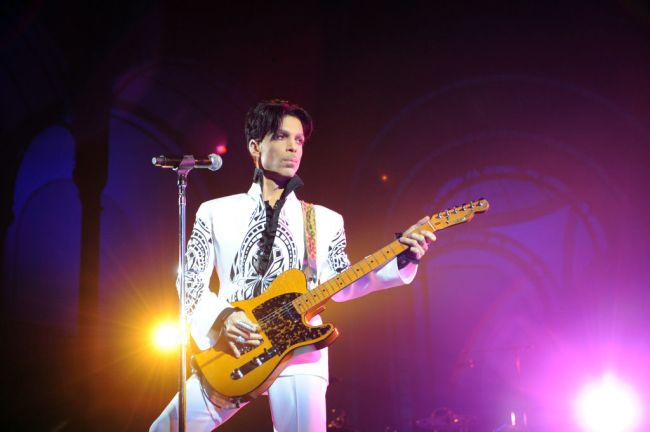 On the morning of April 21, 2016, 57-year-old Prince was found dead in his Paisley Park home. The cause of death of the legendary singer was an accidental overdose of the opioid fentanyl. A new book suggests that a freak injury lead Prince to use pain-killing pills, which was the start of a deadly drug addiction.

In 1984, Prince was preparing for the Purple Rain Tour. The eccentric singer planned to be hoisted in the air while sitting in a bathtub. However, during one tour rehearsal, the bathtub was about 10 feet off the ground when it broke, causing Prince to fall to the ground.

“It fell 10 or 12 feet with him in it. I never moved so fast in my life,” recalled Alan Leeds, who was Prince’s tour manager at the time, said in the new book, Nothing Compares 2 U: An Oral History of Prince.

“After that, his back hurt day after day,” Leeds added. “Then in LA, he slipped and hurt his knee. He got some meds and finished the tour, but I don’t think his hip and his leg were ever completely normal after that.”

“These incidents, as recalled by people close to the superstar, marked the beginning of a life of pain for Prince that most likely led to the addiction that killed him,” the New York Post stated.

According to friends and loved ones, Prince was a bit of a “square” because he didn’t use drugs early in his life.

“He wasn’t hip at all. Prince was a square,” Prince’s cousin Pepe Willie said of the musician’s teen years. “We’d go outside, smoke a doobie and come back upstairs, and he goes, ‘Oohhhh, ooohhh, look at you! Your eyes are red! Look at you, look at you!’ And we’d be going like, ‘Oh, man, come on.’ He was square.”

In his teen years, Prince reportedly only experimented with drugs on one occasion, he tried psychedelic mushrooms at the behest of friend and future frontman for the band Time, Morris Day.

“I got some mushrooms and we both tried them. We went to a club and this dude starts freaking out,” Day recalled. “Next thing I know, he’s sitting on the floor with his head in his hands, and he was tripping like his mind was playing games on him. He was like, ‘I’m not never doing this sh*t with you no more.'”

According to the new book, Prince’s drug of choice early in his career was cake.

“In his marathon sessions, he would eat cake. He loved, loved, loved cake, mostly vanilla with chocolate frosting,” said Susannah Melvoin, Prince’s fiancée and vocalist in several of his bands. “I would make that for him on a regular basis and that would keep him going. He would come up from the studio, take another slice, go back down. That’s how he kept going.”

However, the electrifying musician allegedly began taking ecstasy and hallucinogens recreationally after his 1988 album Lovesexy flopped.

The constant pain of injuries he suffered from touring purportedly caused him to self-medicate.

“His use of pain pills was probably longer than maybe some of us might have thought because, when he started getting his aches and pains, I think he really relied on it,” said Wendy Melvoin, guitarist for Prince’s band the Revolution. “And he was little. I think it just got worse for him over time.”

Mark Brown, the bassist for the Revolution, added, “I feel that the whole fentanyl thing was just him escaping pain from the hip and it got out of hand.”

Jill Jones, a background vocalist and girlfriend for Prince, revealed that when the singer died there were “thousands of pills all over the building.”

RELATED: Eddie Murphy Reveals What Really Went Down During His Basketball Game With Prince