Pro Gamer Reveals Real Reason He Broke Up With Yanet Garcia, Admits ‘Focus On Call Of Duty’ Excuse Was B.S. 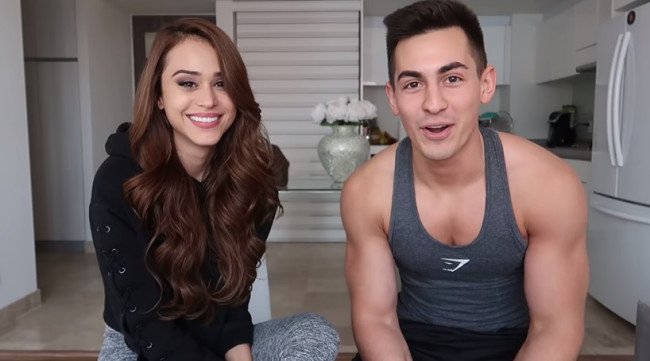 It’s been three months since Pro Gamer Doug Martin, who goes by the name FaZe Censor, made every straight man on the planet collectively scratch their heads by breaking up with Yanet Garcia, also known as “The World’s Hottest Weathergirl.” At the time, Censor claimed to break up with the 27-year-old Mexican meteorologist because he wanted to direct all of his energy on winning a Call of Duty championship.

But, in a 15-minute YouTube video Martin posted to his YouTube account yesterday titled “WHY I BROKE UP WITH YANET GARCIA“, the gamer felt compelled to share the real reason he broke up with Garcia after three years of dating.

Martin made it clear that the video wasn’t intended to hurt Garcia, but rather to amend his initial corny excuse of breaking up with her to focus on Call of Duty, only to quit professional gaming months later to focus solely on content.

In summary, the biggest divider in the couple’s relationship, according to Martin, was money and possessiveness.

Martin went on to say that bringing business into a relationship wasn’t something he was willing to do, but compromised by paying all the bills, take really good care of her, and paying for the Visa card.

Martin also claimed that Yanet could be super possessive at times, giving him ultimatums about things like who his friends should be and tracking his whereabouts on social media.

But, the final straw was when Martin bought Yanet a car and she wouldn’t let him film the experience, thinking Martin was only doing it to get revenue from the content.

Martin wrapped up the video by saying, “Looks aren’t everything…When you live with someone every single day…you start seeing people for who they really are.”