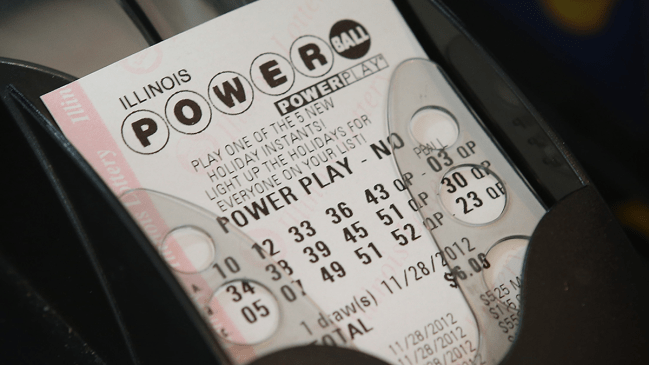 If you have at least a few shreds of common sense, you don’t really need to read the countless studies that have shown playing the lottery is one of the dumbest “investments” you can make.

While there have been some savvy people who’ve figured out ways to “hack” the lotto in certain states, there’s nothing you can do to increase your chances of winning a nationwide drawing like Mega Millions or Powerball aside from buying more tickets.

One common way to theoretically up the odds in your favor is to participate in a pool that splits any eventual winnings among the people participating.

The founder of the chicken tender chain Raising Cane’s organized one for every single employee by dropping $100,000 to purchase 50,000 Mega Millions tickets in an unsuccessful bid to win the $810 million jackpot earlier this year, and one professional poker player employed a similarly bold strategy ahead of Monday’s record $1.9 billion Powerball drawing.

Over the weekend, poker pro Shaun Deeb announced he and his wife Ashley had decided to organize a massive Powerball pool that allowed anyone who forked over at least $525 to purchase a stake in the tickets they pledged to rack up ahead of Monday’s drawing.

It didn’t take long for people to start taking advantage of the offer, and Shaun and Ashley provided updates on their progress before announcing they’d managed to secure a grand total of 50,000 Powerball tickets (costing a total of $100,000) prior to the drawing (which was ultimately delayed until Tuesday morning due to technical difficulties).

Pool is closed 90k total being spent 45k tickets time for win the 800 player pool main event will post the finalized list make sure you’re on there if you sent we doubled checked but could be a mistake https://t.co/mcx59LKf3L

Unfortunately, those efforts were all for naught.

Deeb initially said he would let his wife decide whether or not they should organize another pool, and when you consider they raked in an easy $5,000 thanks to the 5% “administrative fee” they wisely levied against every entrant, it seems like deciding to do it again would be a no-brainer.

Unfortunately, they won’t have a second chance after Powerball unexpectedly announced someone in California had won the jackpot and sparked a deluge of conspiracy theories in the process.

With that said, spending more than $500 (or more) to get in on the action seems like a fairly ill-advised idea. Deeb did shine some light on the odds the pool was able to significantly reduce, but they don’t really sum up how slim they really are.

There are 292.2. million possible Powerball combinations, and it would cost $600 million to guarantee you’re in possession of the winning ticket (which wouldn’t be the worst idea in the world given the current jackpot—assuming you don’t have to end up splitting it with anyone else).

If we assume every single one of the 50,000 tickets Ashely purchased was unique, the entrants in the pool had a .00017% of splitting their share of the grand prize.

I can’t think of a better way to put that in perspective than drawing some inspiration from Shaun’s profession and looking at that in poker terms; entering the pool is basically the equivalent of betting $525 on the possibility of a single hand of poker turning out to be royal flush (those odds are .000154%).

I think it’s safe to say there are probably better ways to spend your money.