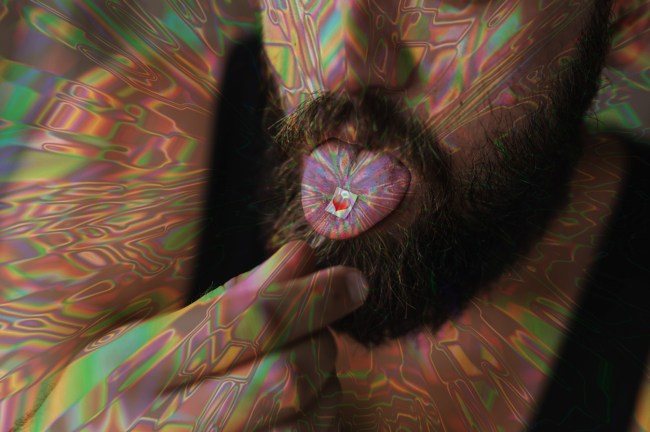 In the 1960s, Timothy Leary became the world’s most prominent ambassador for psychedelics (primarily LSD) and his many followers were quick to embrace his “turn on, tune in, drop out” mantra, harnessing the drugs to gain access to another realm, an almost alternate dimension where users can expand their horizons by gaining access to an otherwise inaccessible plane; a place that not only provides an opportunity to grasp the interconnected nature of existence but an introspective examination of the self that’s hard to describe unless you’ve experienced it firsthand.

This counterculture movement that can trace its roots to San Francisco’s Haight-Ashbury neighborhood gradually began to spread across America and incited a bit of a moral panic due to those damn, dirty hippies, and by 1970, the federal government classified acid, psilocybin mushrooms, and other products with psychoactive properties (including marijuana) as Schedule 1 drugs, a classification for substances the DEA asserts have “no currently accepted medical use and a high potential for abuse.”

The organization has spent the past 50 years refusing to acknowledge just how patently absurd those claims are, and while it’s still currently unwilling to reevaluate its stance, it’s clear the tides have begun to turn based on the ample amount of research conducted in recent decades. As things currently stand, 35 states have medical marijuana programs in place and 15 have given recreational sales the greenlight as almost 70% of Americans support its legalization after gradually coming to the realization that weed won’t serve as the ultimate downfall of society.

Psychedelics, on the other hand, still face a bit of a stigma despite a number of studies that have shown they can help treat depression, anxiety, addiction, and a variety of other ailments. There’s also been a rise in the number of people who’ve turned to microdosing to improve their overall well-being, and in the most recent election, the people of Oregon voted to approve the use of “magic mushrooms” thanks to their therapeutic properties a year after they were decriminalized in Denver.

Of course, most of that research has been conducted in a controlled environment where subjects could be carefully monitored after being given fairly conservative doses compared to the amount recreational users tend to subject themselves to. While those trips can be just as (or even more) beneficial, you also face the risk of encountering some negative vibes that can send you spiraling into a place most people would prefer to avoid occupying.

Thankfully, a San Francisco-based company is doing what it can to help people experiencing trips on the negative and positive sides of the spectrum and everywhere in between. According to Inverse, The Firestone Project is currently gearing up to launch a 24/7 hotline currently on track to debut on April 19, 2021 to help psychonauts navigate their journey through whatever dimension they find themselves in as well as aid them in processing the experience following the comedown (it will also provide guidance to any “babysitters” who many need help while observing someone during their otherworldly adventure).

It sounds great in theory, and while I’m sure plenty of people will stand to benefit from it, I can’t help but think about how many of them will pull out their phone with the intent of placing a call or sending a text only to forget about it entirely after becoming fascinated with a screen they’ll end up staring at for 20 minutes.