R. Kelly Was Reportedly Attacked In Prison While Awaiting Trial For Sexual Assault And The Variety Of Other Charges He’s Facing 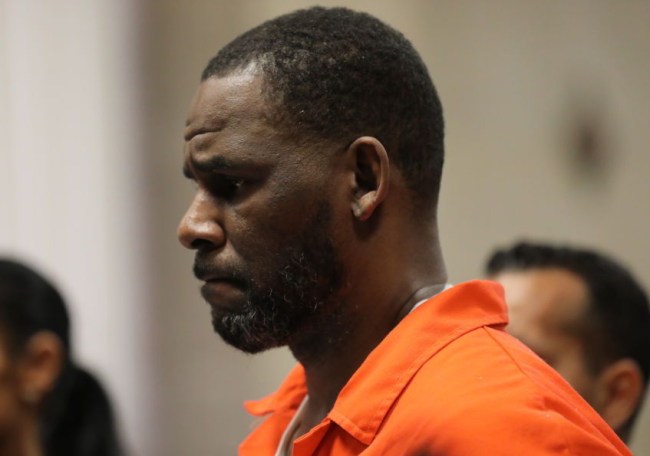 Chris Brown may still be pumping out music for the adoring (and largely female) fans he somehow still has after brutally assaulting Rihanna in 2009, but in recent years, a number of impressively awful people in the entertainment industry who managed to spend far too long using their fame and fortune to get away with some truly heinous shit have finally gotten their comeuppance.

The fact that Harvey Weinstein preyed on actresses who risked being blackballed if they refused to have sex with him was one of the worst-kept secrets in Hollywood for decades, but earlier this year, the man who Jeffery fucking Epstein considered too much of a creep to associate with was sentenced to 23 years in prison after being convicted of sexually assaulting six women who testified about his abhorrent behavior over the course of his trial.

We’ve also had plenty of evidence that R. Kelly is a piece of human garbage since the 1990s, and while everyone had a good laugh at the Chappelle’s Show sketch inspired by the video of him peeing on an underage girl (which led to the singer sending some of his goons after the comedian). However, it’s a bit harder to laugh at now that we know it was just the tip of a massive iceberg, as he was charged with 10 counts of sexual abuse in addition to kidnapping and slave labor in connection with the accusations levied against him in Surviving R. Kelly, the bombshell documentary series that dropped on Lifetime last year.

The artist has been confined to a federal prison in Chicago since turning himself in as he awaits a trial currently scheduled to begin on October 13, and after seeing his bid to use the pandemic to get released on bail denied back in April, the alleged pedophile has reportedly fallen victim to another threat commonly faced by people imprisoned on similar charges: other inmates.

According to TMZ, multiple law enforcement officials at the Metropolitan Correctional Center told the outlet that R. Kelly was recently sitting in his cell when another prisoner entered and proceeded to pummel him with punches, suggesting it was related to frustrations with the facility repeatedly being placed on lockdown thanks to the protesters who’ve shown up in connection with the case.

Both the prison and R. Kelly’s attorney declined to comment but sources say a doctor determined he didn’t suffer any serious injuries as a result of the assault and you can only assume he’ll now be treated to a few months of isolation that will likely turn into years if he’s ultimately convicted when everything is said and done.