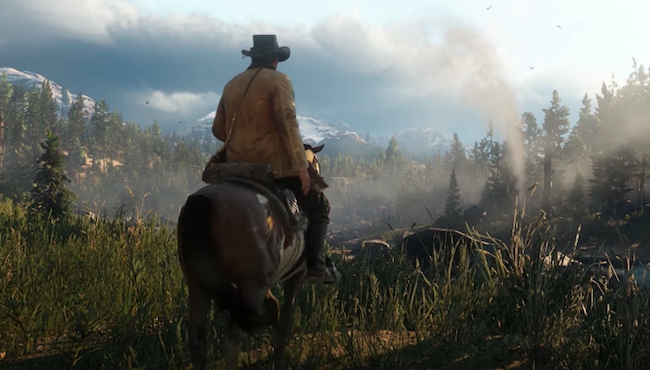 In 2010, Rockstar Games made the world a slightly better place when they released Red Dead Redemption, which is probably the best game the company has ever produced (despite the best efforts of the Grand Theft Auto franchise and that table tennis game they decided to make for some reason). If you’ve never sparked a raging gun battle by shooting a top hat off of someone’s head in a saloon, you’re missing out on one of life’s truly great experiences.

In 2016, Rockstar revealed they’d be bestowing another gift upon the people of Earth after announcing the upcoming release of Red Dead Redemption 2. The game was originally scheduled to come out last fall, but the release date was pushed back to this spring before fan’s hopes were crushed even further after the recent news that the sequel’s debut has been delayed until October 26.

Rockstar hasn’t released any real details about what we can expect from the game, so fans have been forced to spend way too much time analyzing trailers and screenshots in order to figure out what’s in store. However, Trusted Review just released a treasure trove of information based on a leaked document that ended up in their possession, and it looks like there’s a chance the delays might be worth it after all.

If you want a detailed look at what you can expect, I highly recommend checking out the entire article, but here’s a list of some of the new features and highlights:

I look forward to abandoning any semblance of a social life once Red Dead Redemption 2 finally drops.