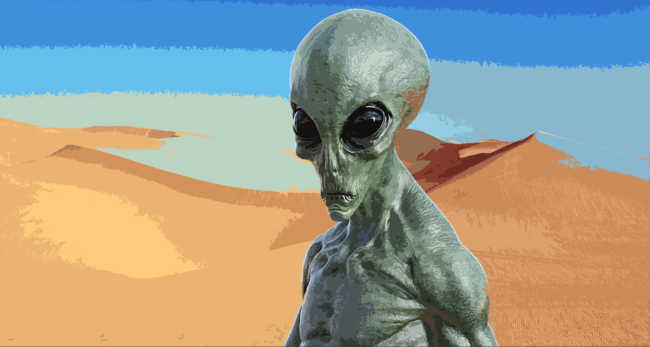 Recently, a Harvard astrophysicist said we will need advanced artificial intelligence to be able to speak with aliens.

But what if we already are?

A woman named Angelia Schultz née Angelia Lynn Johnston, AKA Añjali, who claims to be a retired defense intelligence official, says she has first-hand knowledge of the location of an alien base in a mountain in the Mojave Desert.

Now, as every UFO and alien sleuth knows, aliens have been building their bases in two main places on Earth: (1) underwater, and (2) inside mountains, especially if they are active volcanoes. 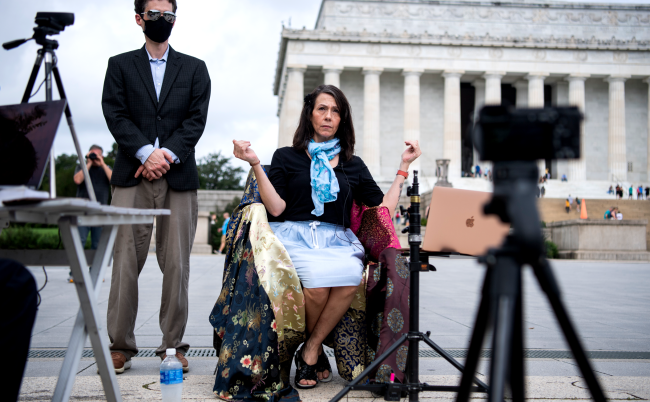 What makes this alleged retired defense intelligence official a little different, or, one of the things, is the fact that she also claims she has actually met with the aliens at the base in the Mojave desert.

So, perhaps we don’t need advanced artificial intelligence to communicate with aliens?

Schultz, AKA Añjali, laid it all out in a press conference that was live-streamed last week at the Lincoln Memorial.

During the press conference, Schultz said she was taken through tunnels to the alien base, where she met two aliens of different races who, she reports, communicated with her through her consciousness.

She went on to say that the aliens were aware of her conducting the press conference, approved of it, and that they are peaceful creatures.

“We have an ongoing communication and I look forward to all of you developing one,” Schultz revealed.

The description from video of her press conference added, “She also announced she will lead a scientific and unbiased team of scientists, well-known investigative reporter, journalists, a well-known documentarian, and an astronaut to the Higher Beings base inside a mountain in the Mojave Desert later this year. They will then provide their data to the public to help analyze.”

We very much look forward to her releasing of the data that she, the scientist, documentarian, astronaut, reporter, and journalists acquire… whenever that happens.