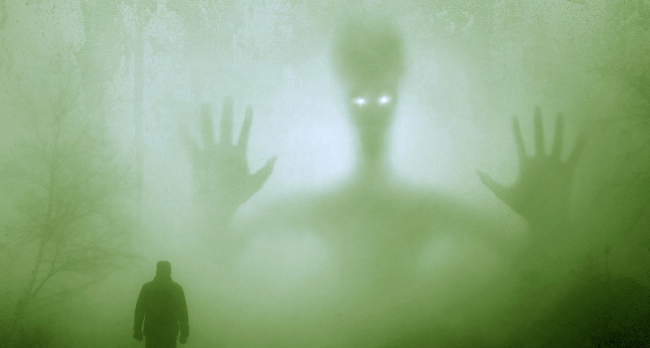 Harvard astrophysics professor Avi Loeb, the same scientist who claims there are over a quadrillion UFOs in space and has stated that alien tech visited Earth in 2017 now claims we will need artificial intelligence to have any hope of ever communicating with aliens.

In an article Loeb wrote recently for Scientific American, the astrophysicist explains the reasoning behind his belief and explains how he envisions the government developing such artificial intelligence.

Loeb writes, “Based on human history, I expressed doubt that morality would garner a global commitment from all intelligent beings in the Milky Way.

“Instead, a code of conduct that allows systems of alien technology to dominate the galaxy would also make them more likely to be the way we would first encounter extraterrestrials. Practically, this rule will act as a sort of Darwinian evolution by natural selection, favoring systems that can persevere over long times and distances; and multiply quickly and spread at the highest speed with self-repair mechanisms that mitigate damage along their journey.

“Such systems could have reached the habitable zones around all stars within the Milky Way, including our sun, by now. Most stars formed billions of years before ours did, and technological equipment sent from habitable planets near them could have predated us by enough time to dominate the galaxy before we came to exist as a technological species.”

Loeb goes on to state that Earth’s artificial intelligence systems will, within the coming decade, become smarter than human intelligence.

The scientist suggests AI systems connected to 3-D printers could replicate themselves on various planet surfaces, adapt to changing circumstances through machine learning, hibernate during the long journeys, and use starlight to recharge their energy supply – just like he believes the mysterious space rock Oumuamua may be doing.

Loeb says such a system of artificial intelligence should be created for the important reason of making sure that humanity avoids “sending mixed messages” to any extraterrestrials we encounter in the future.

Any decision on how to act must be coordinated by an international organization such as the United Nations and policed consistently by all governments on Earth. In particular, it would be prudent to appoint a forum composed of our most accomplished experts in the areas of computing (to interpret the meaning of any signal we intercept), physics (to understand the physical characteristics of the systems with which we interact) and strategy (to coordinate the best policy for accomplishing our goals).

Ultimately, we might need to employ our own AI in order to properly interpret the alien AI. The experience will be as humbling as relying on our kids to make sense of new content on the internet by admitting that their computer skills exceed ours.

The professor adds that the fact that humans are the smartest species on Earth will mean little once we encounter aliens whose intelligence far exceeds our own.

“Here’s hoping that in the galactic race, our AI systems will outsmart the aliens,” he writes. “Just as in the gunfights of the Wild West, the survivor might be the one who is first to draw a weapon without hesitation.”