Rita Ora Finally Addresses Viral 2021 Pics Of Her, Tessa Thompson, And Taika Waititi All Making Out 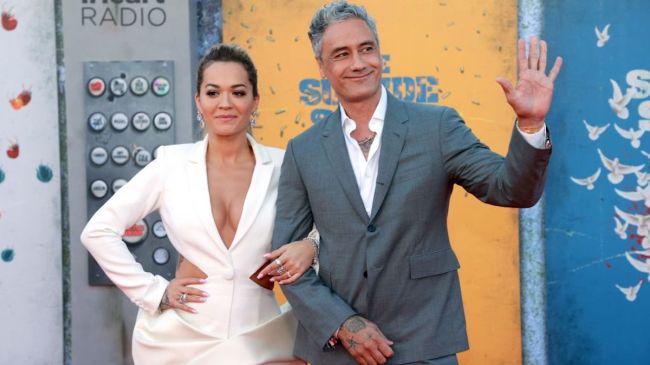 Of all the celebrities that I’d like to swap lives with, actor/writer/director Taika Waititi has to rank near the top.

Not only is he an Academy Award-winning director who gets to make basically whatever he wants (he got his start making indies, became a household name with Marvel movies, and won an Oscar for a WWII comedy), but he lives like a rockstar, as well. Case in point: his relationship-turned-marriage with bombshell pop star Rita Ora.

While the pair got married back in August of 2022, their relationship started back in 2021, which was the year that Waititi was filming Thor: Love and Thunder. During the production of the film, photos of him, Ora, and MCU star Tessa Thompson getting quite cozy went viral for obvious reasons. And now, for the first time, Ora is addressing the pictures.

During an interview with GQ, Ora said she originally “chose not to acknowledge [the photos] because it’s ridiculous.”

“I just chose to not acknowledge that because it’s ridiculous. I think when some things are so absurd, and it’s hard to fathom any sense of it, you just have to ignore it. I’ve taken that approach for a lot of things, because you don’t want to put energy towards something that’s nonexistent. It’s like trying to explain something that didn’t happen means you’re feeding into nothing.

“Have you ever been in a situation where you’ve had a lot of drinks and everyone’s your best friend? And then the next day you’re like, ‘I was talking to this person in the smoking area for four hours and I’ve got no idea who they are?’ Literally — that [photo] was just a bunch of friends having a good time. They [Waititi and Thompson] had a crazy schedule and everyone was letting loose. I love that. Each to their own.”

Following the disappointment that was Thor: Love and Thunder, Waititi finds himself back in the director’s chair this year as his long-delayed Michael Fassbender-starring sports comedy Next Goal Wins is finally set to hit theaters this year.