Russian Space Agency Not Impressed By Manned NASA SpaceX Launch: ‘Should Have Happened Long Ago’ 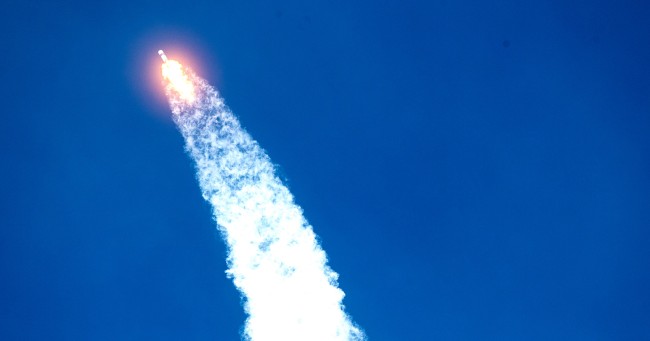 While thousands of people in the United States and around the world celebrated the first manned space launch from American soil since 2011 by NASA and SpaceX, and the first sent into space on a private spacecraft on Saturday, Russian space agency Roscosmos thought the whole thing was pretty “meh.”

“The hysteria raised after the successful launch of the Crew Dragon spacecraft is hard to understand,” Vladimir Ustimenko, a spokesman for the Russian space agency Roskosmos, wrote on Twitter. “What has happened should have happened long ago. Now it’s not only the Russians flying to the ISS, but also the Americans. Well that’s wonderful!”

Aleksei Pushkov, a member of the Kremlin upper parliament house, also downplayed the historic event saying, “This is a flight to the International Space Station, not to Mars.”

Well, thanks for peeing in our Wheaties, Russia.

Roskosmos also wasn’t buying President Donald Trump’s claims that the United States will return to the Moon in 2024 “to establish a permanent presence and a launching pad to Mars,” adding, “the first woman on the Moon will be an American woman and the first nation to land on Mars will be the United States of America. We are not going to be number two anywhere.”

Ustimenko rebuffed Trump’s statement that the U.S. will be first back to the moon, “Already this year we will conduct tests of two new rockets and resume our lunar program next year.”

Popular Russian blogger Maksim Kononenko also tried to pour cold water on America’s acheivement by comparing it to the current need for a coronavirus vaccine and Russia’s progress on that front.

“Flying into space is very cool, of course, but it is not fashionable,” he wrote. “It was fashionable 50 years ago.

“But the cure for coronavirus is something that is in demand right now. And here we find ourselves world leaders. And not only among – but in first place.”

Oh yeah? Well, we had UFOs watching the launch so it must have been somewhat important.