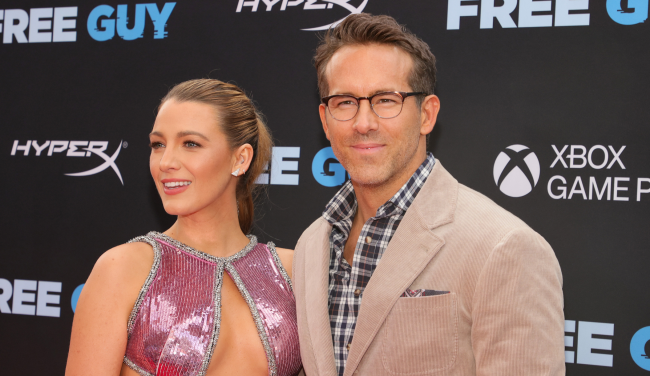 One of the neatest things about Ryan Reynolds’ new comedy film Free Guy is the fact that prior to his death from pancreatic cancer at the age of 80, Jeopardy! host Alex Trebek filmed a cameo for the movie.

This week, during an interview on E! News’ Daily Pop, Reynolds discussed how that cameo came about and what his final phone conversation was like with Trebek.

“We shot that separately, actually after the film had been completely done and dusted and completed,” Reynolds explained. “Alex was kind enough to jump in and do this little cameo for us. I was just so blown away by how sweet he was to do that even right up until just shortly before he passed away.

“He was still, you know, I talked to him on the phone about a charity initiative that he was trying to launch. I mean, this guy was really made of good stuff right until the end. Having him in the movie is certainly bittersweet, that’s for sure.”

Related: ‘Jeopardy!’ Is Reportedly Close To Naming A Permanent Host And No One Is Happy About The Frontrunner

The addition of Alex Trebek to Free Guy, a man who Reynolds has previously explained had a big impact on him just prior to his passing, certainly is a factor in how the actor views his latest film.

“I would say it’s probably my favorite movie I’ve ever done, mostly because I grew up watching Amblin movies about wish fulfillment,” said Reynolds. “I just feel like the last few years have been so hard on so many people, not just in this country but all over the world. It’s great working on and being a part of a movie that is just this unabashed ball of joy.”