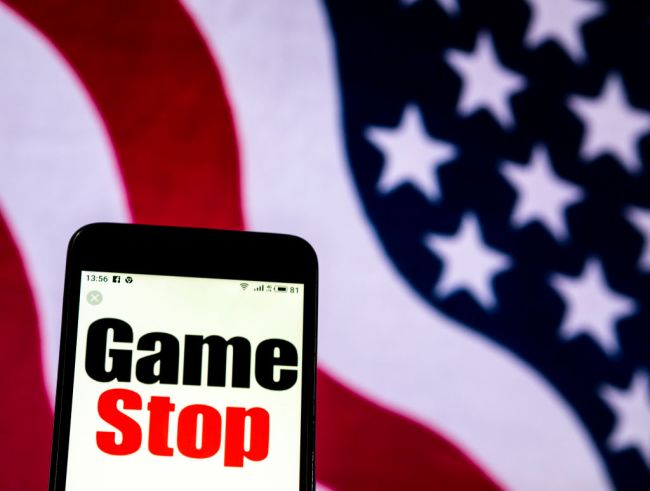 Unless you’ve been living in complete isolation over the last few days, you’ve heard about what’s going on in the stock market with GameStop and AMC. It’s been completely unavoidable and the saga only continued to get crazier this morning as trades were halted, class action lawsuits were filed and people began to look at alternative currencies like Dogecoin. The government and even Ja Rule and LaVar Ball weighed in. You may not understand it entirely, and that’s okay, but you have at least had a good laugh over a meme or two. Here’s a general breakdown.

As the day went on, people got increasingly angry with the situation and set out to air their grievances on Twitter. Part of the day’s events included a call for the U.S. Securities and Exchange Commission to investigate some of the trading bans that took place, particularly on an app called Robinhood. The Commission, better known as the SEC is a “large independent agency of the United States federal government that was created following the stock market crash in the 1920s to protect investors and the national banking system.”

The abbreviation “SEC,” of course, is also short for the Southeastern Conference. It was a mixup that offered a hilarious frenzy of tweets that call for the collegiate conference to step in and do something about the short squeeze.

@SECNetwork what are y’all going to do about this?

The confusion is even funnier when you read these tweets as if these people are seriously calling upon the Crimson Tide, Gamecocks, Gators, etc. to step up. Ah yes, the Southeastern Conference and congress should get right on it!

@SEC and congress should investigate into @RobinhoodApp and its accomplices for blocking stock purchases. People should be jailed for market manipulation.

Even with the reminder from ESPN’s public relations team, the flurry continued. It’s inadvertently hilarious.

What's a Southeastern Conference sports channel network supposed to do with Robinhood?

wtf u corrupt fcks @SECNetwork r u fckin seeing this?!?!

. @SECNetwork what are we gonna do about this here Robinhood/Game Stop predicament?

@SECNetwork why can’t I buy more GameStop on Robinhood???? Do something you cowards!!!

It’s 5 am and stocks are trading. But we can’t start trading till at least 6am

Hedge funds and the big Wall Street guys can trade before anyone else can.

So tell me about fair again?@SECNetwork @FCC @POTUS @SpeakerPelosi

Why haven’t y’all talked about stocks yet this morning? @SECNetwork

@SEC @AOC @RashidaTlaib isn’t this illegal? I have no horse in this race, but I demand that Citadel and Robinhood be investigated and prosecuted. https://t.co/9rGCKNQVEz

@SEC YOU have no idea what a BAD LOOK this is overseas.

For everyone with a complaint against Robinhood or any other platform not allowing you to currently trade, you can + should file your complaint with the @SEC here https://t.co/MbeLzBX8QY

@elonmusk The corrupt @Sec has halted trading for GME and AMC at least 20 times all while @Robinhood @WebullGlobal @TDAmeritrade systematically blocks us from buying. Tanking the prices. And the hedge funds “adjust” their positions. This is FRAUD. This is illegally rigged.

Surely Nick Saban will get right on it!