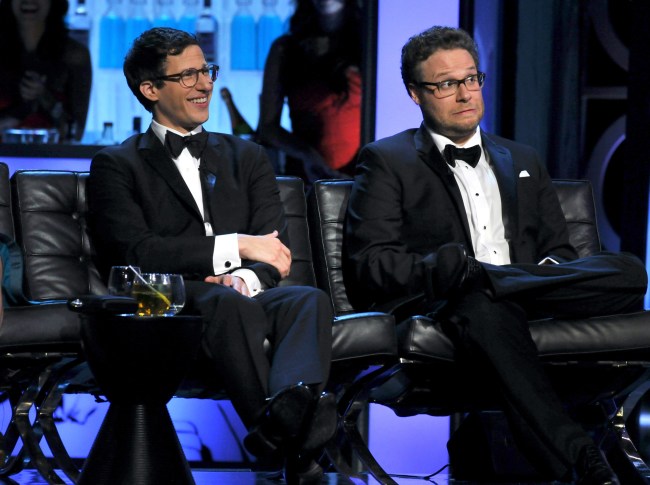 Jorma Taccone gave an interview to the Daily Beast where he revealed that he is still very motivated to make a comedy movie that makes fun of a failed music festival.

Rogen and The Lonely Island first revealed the idea in 2017 right when the Fyre Festival was imploding in epic levels never thought possible. Lonely Island even threatened legal action against Billy McFarland and Ja Rule for “stealing” their idea.

For real, thinking about suing #FyreFestival for stealing our idea. https://t.co/uiLxhzLg85

Taccone revealed that the idea of a Fyre Festival parody movie is very much alive. Taccone said that he had seen the Netflix documentary FYRE: The Greatest Party That Never Happened three times and envisions their movie to be in the same vein as The Lonely Island’s 2016 mockumentary Popstar: Never Stop Never Stopping that lampooned Justin Bieber. The Style Boyz have to be the headliners of the festival, right?

“I don’t want to divulge all the details but we’re figuring it out right now,” Taccone told the Daily Beast. “You’ve seen the docs, right? It’s crazy. This is something that Akiva [Schaffer] and Seth cooked up, and we’re figuring it all out right now.” It will be difficult to make something more hilarious than the comically huge failure that was the Fyre Festival. Like how are you going to make something more laughable than sad sandwiches?

As any normal-thinking person should be, Taccone is a massive fan of Andy King, the supremely loyal living breathing meme who would take one for the team for water. “I was like, I would hire that dude for anything… Hire that dude!” Taccone said. “That guy is a champion.”

Taccone is also busy bringing another blast from the past back. The Lonely Island member wants to resurrect the 2010 SNL-sketch-turned-movie MacGruber as a TV series. He says that the cast of the original movie such as Will Forte, Kristen Wiig, Maya Rudolph, Val Kilmer, and Ryan Phillippe are all onboard to remake the cult comedy classic. Despite the MacGyver parody movie floundering at the box office making just $9.3 million worldwide against a $10 million budget, Taccone wants to make a MacGruber TV show with eight to 10 episodes on a streaming service.

“We’ve had so many ideas over the years, from the moment we stopped filming…We can expand the world now,” Taccone said. “What’s nice is that, when you make something that had the heartbreak of not doing so well financially…I would feel terrible if the people involved were embarrassed about it, but Ryan loves that shit, Kristen loves that shit, all the people involved are so psyched.”