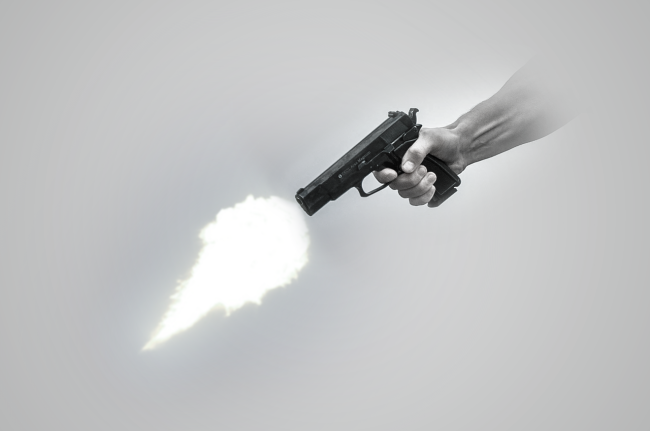 Unfortunately, shootings take place over stupid things every single day, and this latest incident at a Houston barbershop is just the latest example.

According to ABC News, two men in their 40’s were allegedly arguing over who won a foot race. One of the men decided to walk away from the argument, in which the other man reacted by taking out a gun and shooting him twice in the shoulder. Two innocent bystanders in the barbershop were shot as well, one in the arm and one in the rear end.

“I just came to get a haircut but that didn’t go as planned,” said one woman who witnessed the shooting.

All three shooting victims are expected to survive. As of July 10, the suspect is still at large.

The craziest part of this absurd story is that the race the two men were arguing over reportedly took place over a month ago.

Two very grown-ass men arguing about a race that I’m going to go ahead and assume meant absolutely nothing, and one whipping out a gun and shooting the other man over it, is something straight out of a really bad movie.

It’s obvious that the man that was shot twice in the shoulder won the race, while the guy doing the shooting lost, but he definitely doesn’t see it that way.

As for the two innocent bystanders that each took bullets, man do they now have a ridiculous story to tell. Getting shot because two idiots were mad at each other over a foot race is beyond ridiculous, all they were after was a fresh haircut.