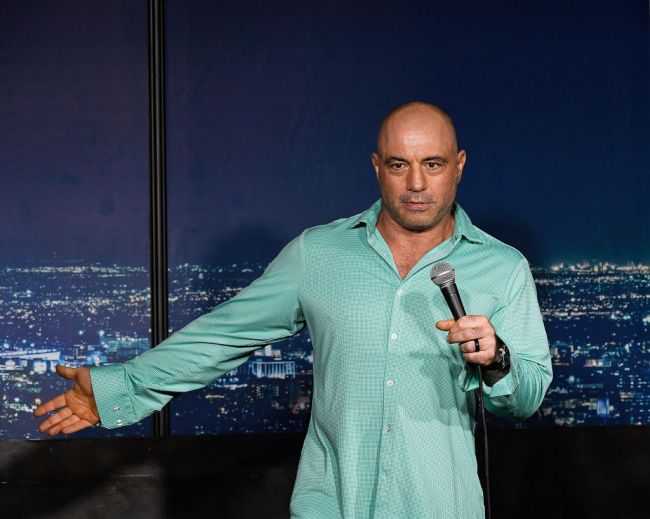 “They’re f*cking great,” Joe Rogan said of Spotify on a JRE episode with Anthony Cumia in May. “They don’t say sh*t.”

America’s top podcaster then admitted that he even intentionally tested Spotify’s backbone by inviting Alex Jones on in October 2020, five months after he signed a $100 million deal with audio streaming service.

Rogan’s sunny opinion of Spotify may be attributed to the fact that he doesn’t really know them at all.

Rogan treats Spotify like an ex-wife who still deposits monthly spousal support so he can take his younger girlfriend to Hooters.

And according to a recent Business Insider piece alleging he is “sparking outrage inside Spotify” for his controversial show, some Spotify employees have been “irritated” with the company’s hands-off approach and pushed the suits to “rein Rogan in.”

Stop me if you’ve heard this before.

How many of these "Spotify employees are big mad about Joe Rogan" news cycles are we going to get? pic.twitter.com/anBdqcdgtt

One former employee told Insider that the Rogan deal was “the most divisive decision the company made during his tenure.”

Last fall, in an internal channel for Spotify employees on the professional networking app Fishbowl, one employee wrote, “I’m personally bothered by his transphobic comments and am concerned with the way he might spread misinformation,” according to a photo of the post viewed by Insider. Another stood up for Rogan saying it’s just “a loud minority of people who are outraged.”

At a town hall meeting in September, one employee said many of their LGBTQ colleagues felt “unwelcome and alienated,” while others called for the implementation of trigger warnings or fact-checks in JRE episodes.

Spotify’s CEO, Daniel Ek, has refused to kowtow to the “loud minority” in the 14 months since the ink dried on a historic deal.

“We want creators to create,” Spotify’s CEO, Daniel Ek, told The Financial Times in October in response to a question about Rogan. “We’re not looking to play a role in what they should say.”

Corporate courage may not be the only reason Ek hasn’t bent the knee. Joe Rogan has been plenty good for business. The company’s stock price jumped 8% on the day the company announced the Rogan deal back in May and The Joe Rogan Experience was the most popular podcast on Spotify in 2020.