Am I The Only One Who Doesn’t Understand Why Steve Jobs’ 1973 Handwritten Job Application Sold For Nearly $278K? 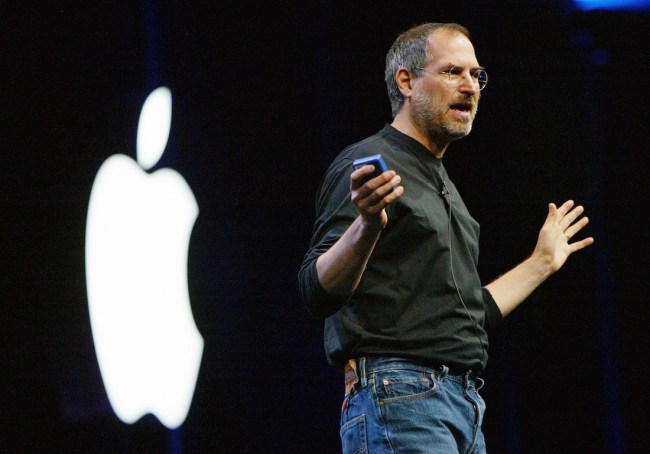 Steve Jobs was a tech (and marketing) gawd, with the former Apple CEO innovating the world with some of his wild ideas. Like, imagine being the man who developed the idea for the iPhone… or the iPod… of the iPad — as Jobs did — which will all be used for generations to come. When people say they want to leave the world in a better place than when they entered into it, this dude clearly took the expression to a whole new level.

Unfortunately, the world lost a genius in Steve Jobs back in 2011, as the 56-year-old tech icon lost his battle with cancer. But the marketplace for his memorabilia has skyrocketed since, similar to how the sports trading cards industry has blossomed over the past year or so.

Nothing proves that more than a recent auction of Jobs’ 1973 handwritten job application for an unspecified company. Noting that he was an English Literature major who was attending Reed College at the time, the price for such a rare piece of memorabilia was just sold at auction for a wild $277,996. Yes, that’s for real.

Now, look, having a rare memento like this from Steve Jobs is amazing — and a one-of-a-kind piece of memorabilia — but, for the life of me, I cannot understand how it could sell at auction for nearly $278,000. That’s a house. That’s a quarter-century’s worth of amazing vacations each year. That’s nearly $3.5 million in compound interest over 40 years at a 6.5% annual rate. Why. On. Earth. Did. Someone. Pay. This. Much. I may never know the answer.

As for the application itself, Jobs never graduated from Reed, and, instead, decided to start a computer company called Apple with Steve Wozniak and Ronald Wayne three years after submitting his name for this unknown job (1976). That company became a trillion-dollar brand, so pretty smart move, huh?

Anyway, maybe I’m not quite deep enough into the whole rare memorabilia and collectables industry quite yet, or maybe I’m just cheap and could never imagine paying this much for anything that doesn’t bring immediate value — like a house. Then again, this type of stuff is booming right now, so who knows what this Steve Jobs job application may be worth in a decade or so. Hell, it could be worth more than a house.