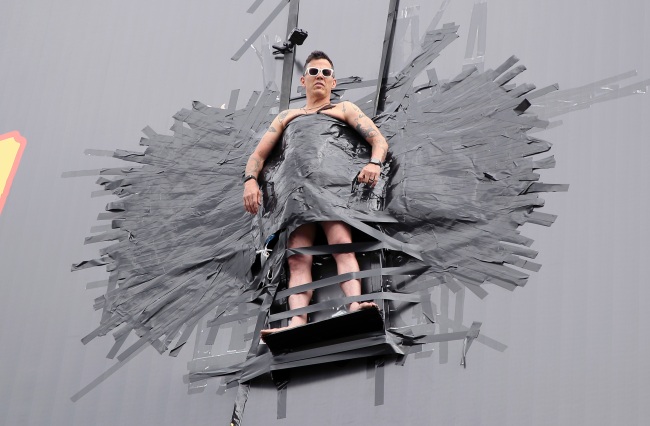 If you told me in high school that Steve-O would ultimately become the picture of health and America’s Dad would be rotting away in a jail cell, I’d pause Linkin Park’s Hybrid Theory on my discman and tell you to stay away from me and my family.

But I was wrong, and you were right my hypothetical internet manifestation.

Thirteen years ago, after being placed in a 72-hour psychiatric hold that was extended to 14 days after an alleged suicide attempt, Steve-O not only changed the course of his life, but his entire identity.

Those are the drugs Steve-O admitting to consuming in his decades-long addiction exacerbated by injuries from stunts like electrocution via 50,000 volts, butt chugging through a beer funnel, and voluntarily sticking a fish hook through his cheek.

Now, he gets high on veggies.

So grateful to be celebrating thirteen years of sobriety today… thanks to everyone who helped me make it this far and, as always, thanks to @johnnyknoxville for giving me the loving nudge that started my journey!

“Love this. Love u too Steve O. Proud of u. Congrats!❤️” Knoxville commented on the photo.

It’s never too late to alter your paths folks.

I really can’t believe how far I’ve come on this journey of life… I just got tenth place in my division at my first ever triathlon! Woohoo!!! #nauticamalibutri (full disclosure— my division was “men’s celebrity”, but there were tons of celebrities, so I’m stoked!) pic.twitter.com/hIvTZJPfdX