Who Needs Meme Stocks When You Can Invest In Shares Of Maturing Whiskey Barrels Instead? 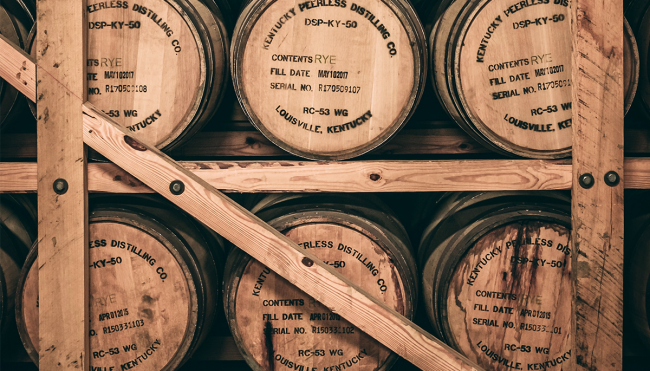 Earlier this year, Reddit users rallied around Gamestop stock in the hopes of bringing Wall Street to its knees. While the finance world ultimately won that battle, the retail investors who orchestrated it have continued to wage war while sending other “meme stocks” to the moon and making plenty of people question how “rational” the stock market really is in the process.

The saga also highlighted the potential pitfalls of trading on investment platforms like Robinhood as well as the cryptocurrency hubs that have a very suspicious habit of preventing users from selling in the middle of a crash. As a result, there’s also been an increase in interest concerning some less traditional ways to diversify your portfolio.

In recent years, a number of companies have popped up that allow users to trade sneakers like an actual commodity as well as buy a stake in luxury cars, sports memorabilia, and other items with a price tag that usually serves as a very formidable barrier to entry.

If you’re looking for a particularly sizeable return, there aren’t many unique assets that have managed to recently outperform some of the world’s rarest whiskey. A few years ago, a startup provided users with the chance to purchase shares in some incredibly sought-after (and wildly expensive) bottles, and now, a new platform is letting investors get in on the action even earlier by going straight to the source.

The United Kingdom-based Still in Cask is attempting to “democratize the ownership of cask spirits” by selling shares of barrels currently maturing at the various distilleries it’s partnered with. Once you secure a stake (which is documented via blockchain), you have the option of waiting for the whiskey to get sent your way once it’s done aging or offloading your ownership to other interested parties.

Some casks may only be available for purchase in certain regions of the world, but if you’re interested in getting in on the action, you can check out the current collection to find out if you’re eligible.