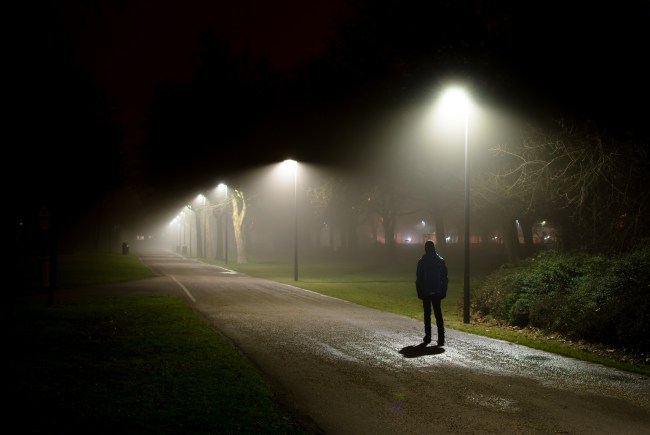 I am pleased to announce that I have good news to share. Heartwarming, even.

An Alabama college student named Walter Carr was driving his 2003 Nissan Altima on night he was scheduled to start his new job at Bellhops Moving company when it broke down. Carr could not manage to secure a ride the following morning so he used Google Maps to calculate how long it would take to walk from Homewood at midnight to his moving job in Pelham by 8 a.m. Friday. Seven hours, NY Post reports.

Carr, who hopes to eventually become a Marine, was hours into his long trek along Highway 280 when Pelham police picked him up around 4 a.m. and took him to breakfast before dropping him off at the home of his first customer Jenny Lamey.

Lamey said Carr, who had had a very long night, did not show it in his performance on the job. In a Facebook post she wrote that would eventually bring the story to light, she said:

“I just can’t tell you how touched I was by Walter and his journey. He is humble and kind and cheerful and he had big dreams! He is hardworking and tough.”

Lamey started a GoFundMe page to help Walter with his car troubles (currently approaching $9,000 of the $2,000 goal), but not before Bellhops CEO Luke Marklin drove from Tennessee to Alabama on Monday to present him with a brand new one–his personal 2014 Ford Escape.

We've all seen the amazing story shared by Jenny about one of our bellhops, Walter Carr, but many have asked if we have any video from the moment CEO @LukeMarklin thanked Walter for the perseverance he demonstrated on his first day w/ @BellhopsMoving #TheWorldNeedsMoreWalters pic.twitter.com/mXrvI2JQoP

Carr, who moved to the Birmingham area from New Orleans after he and his mother lost their home in Hurricane Katrina, said he hopes his story will inspire others to persevere under less-than-ideal conditions.

“I wanted to show them that I have the dedication and that I always have [it] in my life and that I am going to get to this job one way or the other. I tell people if you think over 20 miles is a lot, then come walk in my shoes because my shoes was really killing me that day,” he said.