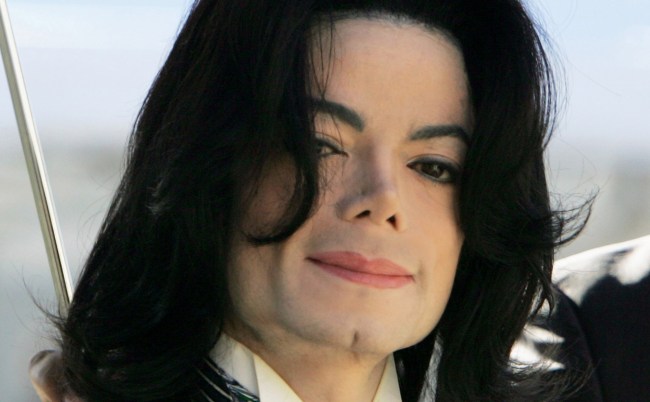 People are, in general, pretty awful, right? This we know. However, almost on a daily basis we still find ourselves shocked by people being, well, awful.

Why is that, do you suppose? Are we just geared to expect better from humans regardless of how terrible they are day after day after day?

For example, a 17-year-old college student from Manchester, England named Lorun Elisabeth recently shared a selfie on Twitter. Little did she know that in the weeks to follow it would have been liked more than 109,000 times, received over 28,000 retweets and 6,000 comments.

Here is the photo…

Blame it on the boogie 😼 pic.twitter.com/O7BTlKcFQw

Now, if you are saying to yourself that Lorun looks a heck of a lot like the deceased King of Pop Michael Jackson in that picture, you are not alone.

And if you are thinking of writing a nasty comment on Lorun’s tweet, you too are, sadly, not alone.

Most of the reactions were positive, however, with many people dropping Michael Jackson lyrics in the comments, which she says she found “hilarious.”

this photo sure is a thriller

You're such a pretty young thing ! You rock my world you smooth criminal

Talking about about her newfound fame, the Mirror reports Lorun said, “My reaction to people saying this was always positive,” she said. “I saw the funny side, I’m not one to ever be offended by something someone’s said online about me really.

“I think it’s quite clear that in that picture I look a lot like Michael Jackson. So, I guess people just ran with it and now I’m known as the ‘Michael Jackson girl.'”

She also added that she has “gotten so many nice comments in my Twitter DMs and Instagram DMs which was really nice.”

But… “I had one incident where I was a bit angry where I was posted on a site called Reddit on a post made by ‘botched surgeries’ where they claimed I’d had surgery to look like him, which is not the case,” she shared.

“This made me quite angry because some of the comments weren’t the best. I later got the post deleted.”

Overall though, she says she’s been having fun with it, “I can’t believe it blew up in all honesty and got as far as American Twitter. It’s been so funny seeing my face everywhere. I can’t escape it.”

I ain’t got nothin to promote so check out mine and drakes song out fr 💯🥶😤 https://t.co/QVlAxdwUfW

And as you can see below, she doesn’t always look like Michael Jackson, only when she’s feeling Bad.

didn’t take any pics today but my makeup was good so have this 😹😹😹😹😹😹 pic.twitter.com/7SuVXS3mmA