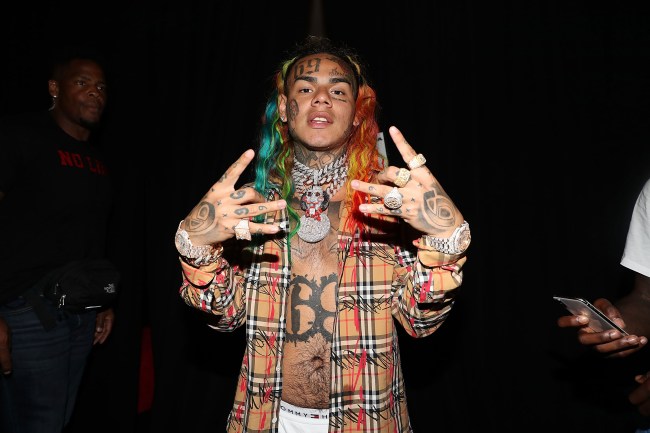 Anyone who needs further proof that America is the land of opportunity, you have it with Tekashi 6ix9ine.

The 24-year-old Brooklyn rapper pled guilty in 2015 to a felony count of use of a child in a sexual performance, a crime for which he did not go to jail. Four years later, he pled guilty to nine charges including conspiracy to commit murder and armed robbery, and was dealt a cushy two-year sentence for snitching on everyone he knew, only to be granted early release halfway through because he has asthma in a pandemic.

The luck doesn’t end there.

Tekashi, on the heels of his Trollz song reaching #1 on the Billboard 100, has reportedly signed a $5 million for a one hour live stream.

The rapper, who’s about to regain his freedom, tells TMZ … he just put pen to paper on a $5 million live-streaming deal with GlobalStreamNow for a virtual performance of his soon-to-be-released record.
Tekashi tells us he’ll hit the stage Saturday, Sept. 5 at 8 PM ET for the live-streamed show, which he says will run for about an hour and feature 12 songs from his album. He’ll also interact online with fans.

Where can I exit the simulation?