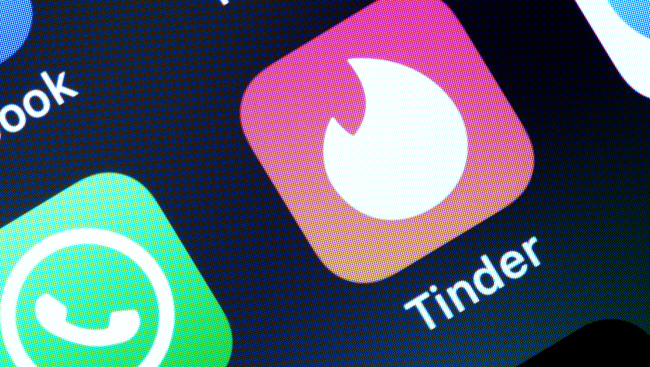 If you have ever wished you could run a criminal background check on one of your potential dates with a Tinder match (and who hasn’t?) there is some good news coming your way.

Following a 2019 investigation by ProPublica which revealed that known sex offenders, including multiple-time convicted rapists, are using the free version of Tinder and other dating apps like PlentyofFish, OkCupid and Hinge.

All four of those dating apps also happen to be owned by the same company: Match Group.

On Monday, Match Group revealed that it is investing in nonprofit background check platform Garbo and will be integrating a new criminal background check option into their Tinder app later in 2021.

Garbo, a company founded by women, collects “public records and reports of violence or abuse, including arrests, convictions, restraining orders, harassment, and other violent crimes,” reports the BBC.

“We recognize corporations can play a key role in helping remove those barriers with technology and true collaboration rooted in action,” said Tracey Breeden, Match Group’s Head of Safety and Social Advocacy.

Adding Garbo’s service, which will be available to users for a yet-to-be-determined sum, will give women more information before they decide how they want to proceed with dates, said Tracey Breeden, Match’s head of safety and social advocacy.

Tinder is aware that many users are Googling each other anyway, Breeden said, and this is one more tool for people who are interested.

Match Group is expected to roll out this new criminal background check feature across all of its dating apps once it has become refined on Tinder.

In a blog post last month, Garbo stated that their criminal background checks will exclude drug possession charges, traffic tickets besides DUIs, and vehicular manslaughter because of systemic racial inequality in the American criminal justice system.

Even with those limitations, this is great news for the many women who use these dating apps, like Susan Deveau matched with a man on PlentyofFish and she was interested until she discovered that he was a three-time convicted rapist and was registered as a dangerous sex offender in the state of Massachusetts.

Sarah Sawrey-Cookson, communications director at Get Safe Online, lauded Match Group’s stated movement towards better online dating safety, telling the BBC, “We’ve always emphasised the need for both first-time and experienced online daters to exercise caution and ‘check the person, not the profile.’ That’s why we applaud any initiative which enables people to carry out better due diligence before they get into a relationship that could end up being very damaging.”