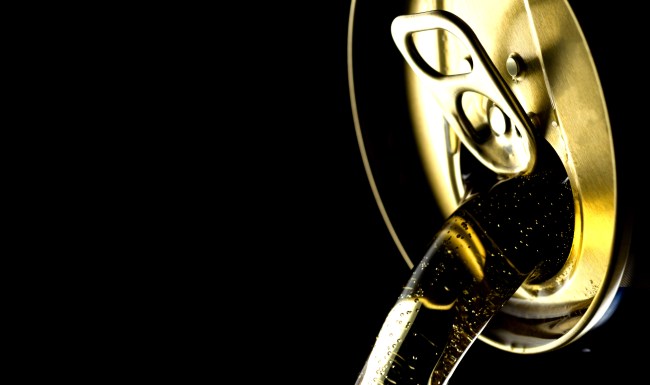 Thanks to a new law that takes effect at midnight on October 31, liquor stores across the state of Utah will be pouring cases and cases of beer down the drain.

No, this is not a Halloween trick, this is really happening, people.

The Utah Department of Alcoholic Beverage Control says it has no choice but to “destroy” the unsold brews after Nov. 1, when a new law takes effect changing where beer with an alcohol level up to 5% ABV is sold.

For nearly a century, Utah law has barred grocery and convenience stores from selling beer that was higher than 4% ABV (that’s 3.2% by weight). Higher-alcohol brews could be sold only in state-owned liquor stores.

The new law changes that, boosting the alcohol level for retail outlets to 5% ABV.

That means dozens of beers that fall between 4% and 5% ABV need to be moved out of liquor stores or dumped, DABC purchasing specialist Rob Southworth wrote in an email.

No wonder Michael Jordan is selling his mansion there.

“There were 105 beers that were discontinued due to the new beer law,” wrote Southworth.

Pacifico Lager, Stella Artois, Samuel Adams Boston Lager and Newcastle Brown Ale are just some of the top-selling beers that are going to get poured down the drain when the law kicks into effect.

On the plus side, anyone in or around the state of Utah ought to be able to score several cases of 4-to-5% ABV beer at a very discounted price the closer it gets to October 31st as stores discount prices to get rid of what’s left of their stock.