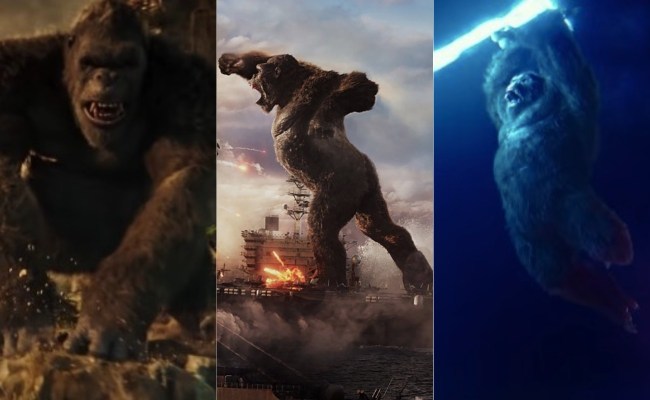 The time? 9:57 a.m. EST. The date? Tuesday, January 26, 2021 (R.I.P., Kobe, can’t believe it’s been a year). The place? My bed (sorry, boss, still drinking coffee and watching SportsCenter)! And my mind? Ah, you see, my mind is somewhere else entirely, specifically, Skull Island, the home of King Kong.

Over the weekend, Warner Bros. released the first trailer for Godzilla vs. Kong, which played more like a pre-UFC hype video than it did a movie trailer, especially when compared to the almost bizarre beauty of the first two Godzilla trailers. Does it effectively convey its message, a message that you’ll be able to turn your brain off for two hours as you watch two legendary kaiju beat each other up before eventually teaming up to defeat a greater evil (because of course they will)? Of course! But the action-packed epicness of these two titans facing off was far from the forefront of my thoughts when the trailer faded to black. No, instead, I had but one question echoing through my consciousness… where’s Kong’s dong?

I’m totally aware that these movies need to be palatable for children, but Godzilla vs. Kong is rated PG-13 and features 300-feet-tall monsters committing what amounts to unbiased genocide as they tear through city streets whilst puny humanity shrieks in terror and runs for their lives. Pretty sure if you’re old enough for that, then you’re mature enough to wrap your head around the fact that Kong — who’s as tall as a fucking skyscraper these days (reminder, he used to simply stand atop skyscrapers) — probably has a dong the size of a few New York City subway cars stacked together. Forget about Kong and his fists or that sweet lookin’ nuclear-energy-resistant ax (or whatever) he appears to be wielding in the trailer: his dong alone would be enough to cause absolute societal ruin. Once that thing gets a pendulum swing going, not a building nor a street nor a city would be safe. 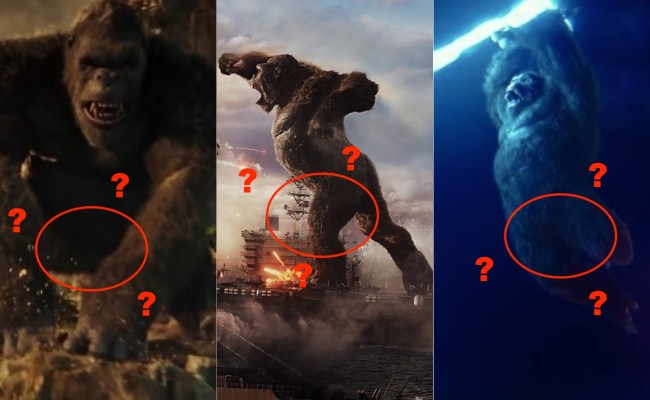 Imagine being Godzilla, who’s likely already dealing with crippling self-consciousness over the size of his arms, seeing Kong swingin’ dong as they’re going to touch gloves at the center of the Octagon? The mental battle is just as crucial as the physical one, and Kong is being deprived of a significant psychological edge due to his inability to hang gargantuan dong. We’re talking about the apex predator here: how do you explain that Earth’s most elite alpha is packing the same heat as Barbie’s boyfriend Ken? It’s unconscionable.

We’re getting The Snyder Cut of Justice League and there are rumors that a “butthole cut” of Cats exists, so damn it, give us the King Kong Dong cut of Godzilla vs. Kong. #ReleaseTheKongDongCut