The Many, Many Reasons Gender Reveal Parties Are Ruining The World 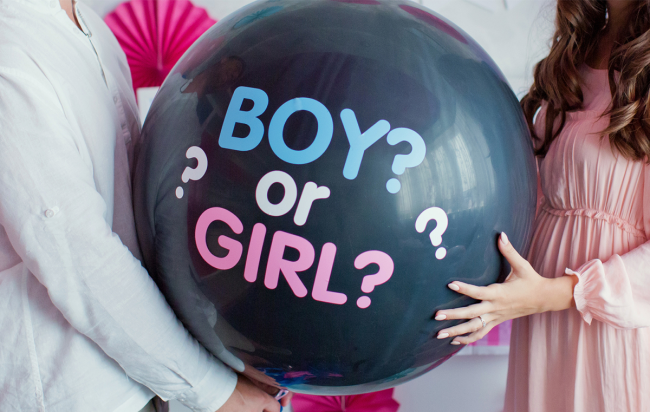 As modern philosophers Violent J and Shaggy 2 Dope sagely noted while trying to finally get to the bottom of how fucking magnets work, there are miracles each and everywhere you look, and I personally think the founding members of the Insane Clown Posse were pretty spot-on, as they are indeed everywhere in this bitch that is Planet Earth.

Every miracle—Miracle-Gro, the Miracle on Ice, the movie Miracle—is surrounded by its own unique mystique, but there’s perhaps no single one that has fascinated the world since the dawn of humanity more than any other: the miracle of life itself.

When I was in fourth grade, I recruited the help of an encyclopedia to uncover the answer to one of childhood’s greatest questions: What is “sex?” While I’d instinctively laughed whenever I saw the word on the first page of a standardized test, I didn’t actually know why, and I remember leaving my school’s library in a daze even more confused than when I started before collecting my thoughts at the water fountain.

While I have a slightly better grasp on the process by now, the concept of human conception is still pretty damn mind-blowing; an endless sequence of cell division that is somehow beautifully simple and headache-inducingly complex at the same time. There’s no doubt it deserves to be appreciated—unless that appreciation comes in the form of a gender reveal party.

Becoming a parent is arguably the most life-changing experience on the planet, and you can’t blame anyone who finds out they’re having a kid for wanting to share that news with the world (you can, on the other hand, blame expectant dads for using the term “we’re pregnant,” but that’s an article for another day.)

Announcing a pregnancy used to be a pretty low-key affair. When my parents told me I was going to have a little brother, I was sitting on the couch in the living room, and my first thought and only was, “Sweet, I’ll finally have someone to play goalie while I fire some wicked slapshots at the net.” That was it; there were no fireworks, exploding golf balls, or a single shred of blue or pink confetti to be found.

If you decided to have a party to celebrate the occasion, it tended to be a gathering of family and friends who’d get together to give out some hugs and maybe smoke a celebratory cigar to congratulate you for managing to do what basically every person to ever exist has been capable of.

I’m still not exactly sure when that all changed, but at some point, it feels like the following question was posed: If you don’t let the world know what anatomical bits and pieces your kid is going to have in a way that rivals the theatrics of the opening ceremony at the Olympics, are you really having a kid at all? While it seems like there’s been a merciful dropoff in gender reveals in the wake of the pandemic, it’s also provided me with plenty of time to ponder why the hell they exist in the firsts place.

Are they really for the child to look back on when they’re older? I suppose that could be possible, but what kid is going to be interested in watching the video when the end has already been spoiled for them? Hell, there’s a chance it could actually be psychologically devastating; no six-year-old girl needs to see their dad’s thousand-yard stare after watching his dreams of being the father of an all-state linebacker get obliterated in a cloud of pink.

No, the kid is a nonfactor here, so maybe it’s for the people who are close to the parents-to-be? I’m also going to say that’s not the case, because, well, they probably don’t really give that much of a shit. Anyone who drops cash on a gender reveal party for the happiness of their friends and family instead of throwing it into a 529 should ask themselves if they’re really responsible enough to have a child in the first place. It’s just an unnecessarily expensive way to let them know what color onesie to buy.

With those suspects ruled out, we’ve essentially narrowed the list of possible culprits down to one: the parents themselves.

Some people might tell you Bitcoin is the most valuable virtual currency in existence, but I don’t think it has anything on the driving force behind gender reveal parties: internet clout. The obsession with flexing for likes has the ability to turn people into absolute psychos, and for what? The chance to feel superior and maybe eventually get paid to hock herbal teas on Instagram only for this vicious cycle of attention-seeking and payola to begin anew when you set your sights on a sponsored campaign with a skincare startup?

As a result, it seems like people feel like they need to start milking their child for clout online before they’ve consumed a single drop of milk for the first time, which is how members of society have found themselves engaged in an arms race of obnoxiousness the likes of which the world hasn’t seen since Pimp My Ride went off the air.

I don’t think I’d hate gender reveals as much as I do if it wasn’t so obvious that the ulterior motive for the vast majority of them is to get a taste of that sweet, sweet internet fame. Sure, they may have been sort of cool in their infancy, but once they started going viral, the floodgates opened and social media was drowned in a deluge of a brand new brand of self-absorption.

I know I’m far from the only person who feels this way, and I’ll admit there was a time when I actually found some gender reveals pretty enjoyable. Mind you, I’m only talking about the ones featuring karmic failures, like a blue Roman candle rocketing at full speed at the family jewels of the guy partially responsible for the party being held in the first place as well as the ones where:

However, it’s gotten harder to laugh at those fairly harmless mishaps when you consider gender reveals have been the source of some real, actual harm.

in 2018, a court ruled an Arizona man had to pay $8 million in damages for firing a rifle at a target filled with explosive material that ignited a blaze that damaged almost 45,000 acres of land. The following year, a woman in Iowa was killed by a homemade pyrotechnic device constructed for one of these parties, and in 2020, history repeated itself when another gender reveal mishap sparked the El Dorado Fire in California, which consumed over 22,000 acres and led to the death of a firefighter who battled the blaze.

I get it;  parents are understandably excited to share their li’l bundle of joy’s gender with the world, but the point here is that it can be done differently—and without killing people, burning large swaths of land, and certainly without crowds of rubes jostling for the best position to make a TikTok of two people opening a box of pink or blue balloons.