New Details About The Disastrous Search For A New ‘Jeopardy!’ Host Highlight Why Alex Trebek Is Truly Irreplaceable 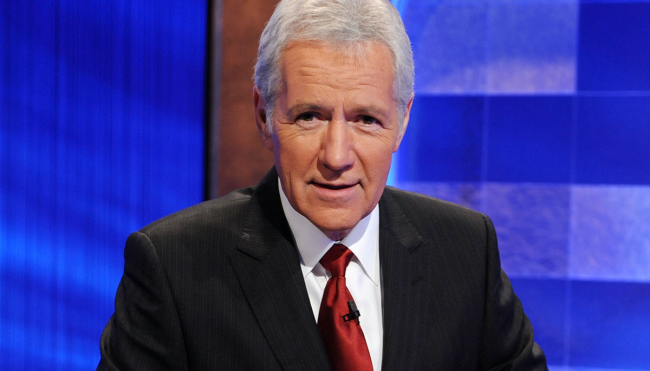 It’s been a little over three years since Alex Trebek began to prepare Jeopardy! fans for a reality where he would no longer be the host of the game show he’d helmed since 1984 when he revealed he was entertaining the possibility of stepping away from the podium when his contract expired in 2020.

When you consider the television legend had recently celebrated his 78th birthday, the revelation wasn’t exactly a bombshell. However, it was still kind of hard to process, as Alex Trebek wasn’t just the host of Jeopardy!; he was Jeopardy!, and it was hard to imagine anyone else could fill the shoes of the Canadian icon who’d spent decades mastering the art of the backhanded compliment and the pronunciation of the word “genre.”

The quest to find someone to permanently replace Trebek on Jeopardy! in the wake of his passing last November has only reaffirmed the difficulty of that task, and thanks to a report from The Wall Street Journal, we’ve got some new details concerning how the search devolved into the debacle it’s become—as well as even more proof Jeopardy! was doomed from the start when it came to replacing someone who may be truly irreplaceable.

After conducting a series of de facto auditions for a new host over the course of 2021, Jeopardy! ultimately opted to go in-house by selecting executive producer Mike Richards before swiftly unselecting him after a number of problematic comments he’d made came to light. As things currently stand, Mayim Bialik (who’s also said some questionable things in the past) will serve as the interim host, although a report published earlier this week suggests Ken Jennings is currently poised to take over for good.

As a result, it would appear things have taken far too long to come full circle, as the aforementioned Wall Street Journal article says Jennings was originally viewed as the natural successor to take over for Trebek but lost his frontrunner status after he was also Cancelled over an old tweet. That development would turn out to be an incredibly consequential domino, as after it fell, Jennings saw his reputation take a hit in focus groups and fell out of favor with the executives overseeing the search for a replacement at Sony, which led to the fiasco that’s still being sorted out.

I still think Jennings is the best fit for the job (although Aaron Rodgers is a very close second), but I can’t help but continue to grapple with a question that’s been on my mind for a couple of years: can anyone really replace Alex Trebek?

Part of the reason Jeopardy! is so beloved is because the man who hosted it for over 35 years was as wholesome as the program itself; hell, I’m pretty sure the most scandalous thing Trebek ever did was curse up a storm while filming promos for Phone Jeopardy, and it’s hard not to love the man even more after watching those outtakes.

There’s a reason so many people lobbied to get LeVar Burton a stint as a guest host; like Trebek, he’s one of those celebrities that feel like an uncle you’ve never met and one capable of navigating the entertainment industry without having their career derailed by a scandal, controversial statement, or ill-advised joke.

Of course, Trebek was human just like the rest of us, and I doubt he went through life without doing or saying some dumb things he probably ended up regretting. However, unlike most people in line to take over where he left off, he rose to fame when the internet was still in its infancy, which means any hypothetical missteps he made weren’t documented online for posterity.

Is there a chance Trebek would’ve landed in hot water for making an ill-advised joke about the O.J. Simpson trial after crushing a couple of glasses of his beloved chardonnay if Twitter had existed in 1995? Maybe, but here’s the point I’m really trying to make: anyone who fills the void he left behind should absolutely be held to a certain standard, but expecting anyone to live up to the standard he set—especially in this day and age—is an impossible task.