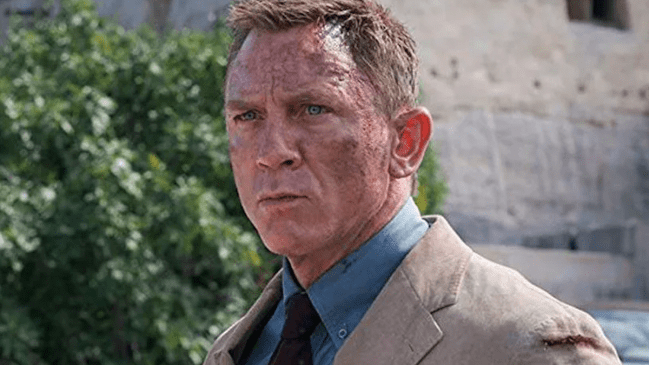 In 2015, Daniel Craig appeared to announce his time playing James Bond had come to an end in an interview conducted prior to the release of Skyfall where he said he’d rather “slash his wrists” than step back into the shoes of the iconic British spy.

As you likely know, he had a change of heart thanks in no small part to the reported $25 million he was paid to play the MI6 agent in No Time To Die, which officially capped off a five-film run that began when he made his debut in Casino Royale and soundly silenced the skeptics who were laughably afraid casting an actor with *gasp* blonde hair would do irreparable harm to the franchise.

It didn’t take long for James Bond fans to kick off the debate concerning which actor should replace Craig when it became clear No Time To Die would be his last hurrah, and a ton of different names have been thrown around in the past couple of years concerning the most worthy successor.

Calls for a female Bond (which Craig doesn’t seem to endorse and Ana de Armas is also skeptical of) have spawned the kind of discourse you’d expect, and the same can be said for conversations positioning Idris Elba as a potential replacement.

At this point, it’s impossible to predict who will ultimately land the role—and based on what two of the franchise’s most influential producers recently had to say about the matter, you’re probably not going to want to hold your breath.

Why is it taking so long to find the actor who will play the next James Bond?

On Wednesday, Variety published an article stemming from conversations with Barbara Broccoli and Michael G. Wilson of Eon Productions concerning their search for the next Bond.

There are obviously certain traits, talents, and other prerequisites that they’re looking for in an actor, but Broccoli stressed the biggest challenge is convincing people in contention for the role to essentially put their career on hold for a decade (or more) thanks to the lack of flexibility that comes with shouldering the burden of playing the storied character:

“The thing is, it’s going to be a couple of years off. And when we cast Bond, it’s a 10, 12-year commitment. So he’s probably thinking, ‘Do I really want that thing? Not everybody wants to do that. It was hard enough getting [Daniel Craig to do it]…

With him, when we had the conversation at this very table about [whether he was] going to do it. He said, ‘Well, I’m going to do it. I really want to be a part of it, the whole thing.’ And he lived to regret that.

But it’s a big commitment. It’s not just showing up for a couple of months of filming…A lot of people think, ‘Oh yeah, it’d be fun to do one,” Broccoli laughs out loud. “Well. That ain’t gonna work.”

The duo hinted that aspect could be one of the major barriers keeping Elba away from the franchise (they affirmed previous comments by saying “He’s great” and “We love Idris” when his name came up). They also added the search is still in the “early days,” so we’ll just have to wait and see how everything pans out.