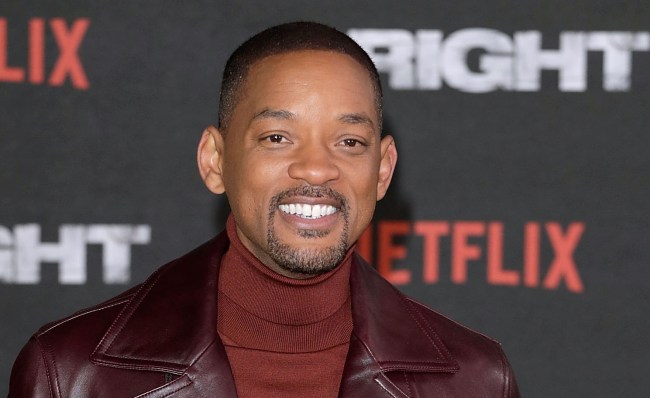 Will Smith setting up his own YouTube account has been one of the best things to happen to the internet in some time.

Thanks to him doing so we’ve gotten to see him wear a mask and walk around the floor at Comic-Con, we’ve been inspired by an amazing motivational speech, and we’ve seen him shoot his shot with Sophia the Robot (it didn’t go well for him).

And now, Smith is doing something he’s calling “STORYTIME” and his first story is about the one and only time he met The King of Pop Michael Jackson… in a closet. Seriously.

According to Smith, years ago he was at the BET Awards when he spotted his “idol” Michael Jackson across the room. Unfortunately, before he could reach Jackson some kind of altercation happened with Death Row Records co-founder Suge Knight and Smith ended up being shoved into, as he puts it, a “dirty-ass utility closet” filled with “mops and interrogation lightbulbs.”

“I’m standing there and I got my head up against the door and I’m listening to people running and I’m hearing screaming and stuff, and I’m like ‘yo, this is crazy – Shuggs is a lunatic,” Smith explained. “Then all of a sudden, it starts to quiet.”

“Suge’s always trippin’,” says Smith in his Michael Jackson voice. “All that success and he can’t figure out how to be happy.”

“That was the only time I ever met Michael Jackson. I guess I got Suge Knight to thank for it,” says Smith, closing out one incredible story.