Your Terrible Diet Might Be Making You Older Faster 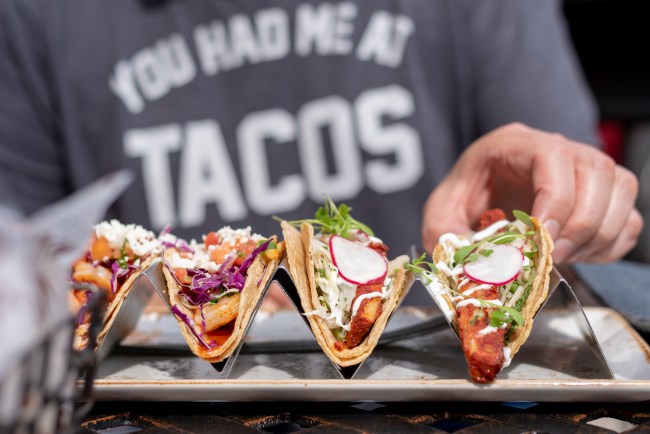 Americans eat like crap. It’s just what we do. To be perfectly honest, it’s kind of hard to find the discipline to maintain the diet of a well-oiled body-building machine in a country that is continuously under assault by television pitchmen trying to get us to try the new 10,000 calorie spicy taco-chick-a-lupa big-box value meal. Not that we’re interested in shutting off the TV and living healthy or anything. Where’s the fun in that? No sir, we are absolutely smitten with all of the junk food they’re pushing down our throats. If it is sold by clowns, kings, and colonels, we’re all about it.

And the more processed the food, the better. We want all of the supreme, super-sized whatever if it’s jam-packed with sugar, starch, fat, and bizarre chemicals that we couldn’t pronounce even if we tried. Of course, we understand that our drive-thru lifestyle might lead to cancer and Type-2 Diabetes, but that’s not stopping us from chowing down. The only thing that might get us to make a change is if we found out that this craptastic diet was making us old. It’s okay if we eventually have to rely on medication and ride around on a Rascal, but nobody wants to be a geezer.

Well, it breaks our clogged hearts to say it, boys, but that’s precisely what our bad diets are doing to us – aging us faster. At least this is what researchers at the European and International Conference on Obesity have found. They say that “ultra-processed food,” which consists of all sorts of additives and has very little nutritional value, can actually alter the chromosomes responsible for aging. The findings, published in the American Journal of Clinical Nutrition, show that all of the fast food, chips, snack cakes and other processed crud that we eat regularly is aging us at the cellular level.

Now, this might not sound like a huge deal if you’re just turning thirty. But wait until you hit forty and start to notice random grey hairs and deep lines forming on your face. That’s when you could find yourself arms outstretched and screaming at the sky, cursing all of those fast-food cheeseburgers, the gas station chicken, and microwave burritos that have stolen your youth. But then again, the premature aging could also be attributed to the booze, drugs, crazy girlfriends, disgruntled wives, divorces, career struggles, and trying to raise a couple of kids in a sinking economy. But hey, for all intents and purposes, let’s just blame it on the junk food we consume.

It’s not supernatural that eating like a teenager is not sustainable as we get older. Scarfing down processed foods – that crap cuisine loaded up with artificial flavoring, colors, emulsifiers, and preservatives — with any kind of enthusiasm is known for causing a wealth of health problems. Our bodies are simply not designed to consistently metabolize the many poisons that our government allows the food industry to serve us. Even those naturally flavored foods that people are turning to in the interest of healthy living can still contain some 3,000 chemicals that the U.S. Food and Drug Administration says is (ahem) fit for consumption. In the end, however, the result is a super-sick population and one of the fattest in the world. Nearly 40% of the United States population is now obese, according to statistics from the Centers for Disease Control and Prevention.

But a man doesn’t have to give up junk food entirely to keep himself fit, looking good and healthy well into his older years. All you have to do is take a look at some of Dwayne “The Rock” Johnson’s cheat days to know this is true. But moderation is key, and there’s something to be said for cooking at home on occasion. We might not be able to keep ourselves from aging, but we don’t have to mutate into some hideous beast that we can no longer face in the mirror. But you could drop dead tomorrow, so what’s the point? Perhaps we should just eat whatever makes us happy. That’s a solid philosophy. Or maybe I’m just looking for a good excuse to have pizza for lunch.