#Sponsored
BroBible may earn a commission if you buy a product or service via links in this article.
by Sean CostelloFebruary 9, 2022 11:29 am 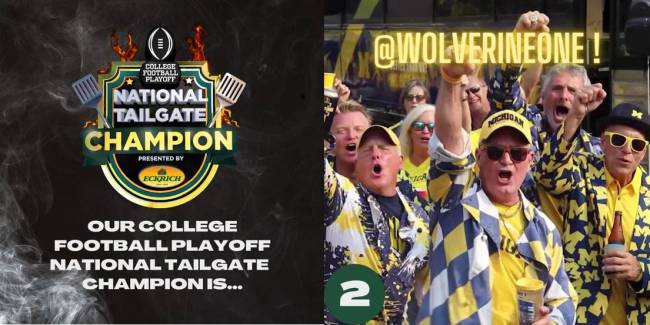 Fellas – it all comes down to this! One final game of four (hopefully) action-packed quarters to mark the end of America’s favorite sports season.

But what’s more important is that it’s also your last opportunity to throw the best tailgate of the entire season! Considering the magnitude of the big game, it’s only right if your tailgate matches those same expectations. And who better to take some tips from than the first-ever National Tailgate Champion!

In case you missed it, here’s a refresher. As the Official Smoked Sausage and Deli Meat Sponsor of the College Football Playoff, Eckrich held a social contest to crown the first-ever National Tailgate Champion. And this past December, seasoned tailgater and massive Wolverines supporter Tom Anderson won the contest! In doing so, he also won a trip to the 2022 College Football Playoff National Championship and a specialty one-of-a-kind Championship ring.

From the Maize & Blue blazers to a tailgate rig (the Wolverine One) that’s easily the most unique I’ve ever seen, it’s quite clear why Tom won this prestigious honor. And now, Tom finally has the championship ring to back up his skills. Seriously, the guy is an expert on gameday foods, tailgate setups, and just overall vibes. You can check out his entry video to the contest here.

I got an opportunity to chat with the National Tailgate Champion himself and hear about his journey to tailgate glory, from where his passion began to how he won Eckrich’s social contest. So if you’re looking for a way to take your tailgate up a notch, Tom’s got some tips for you to try out during the big game! 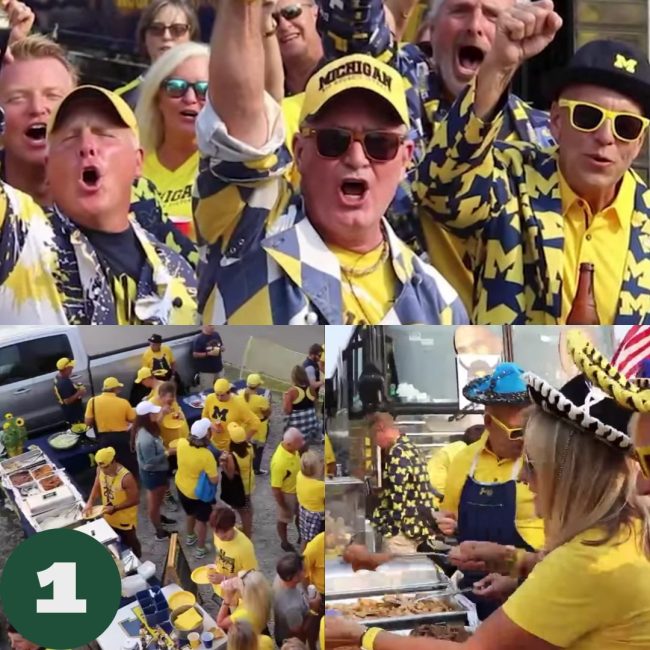 BroBible: First off, congratulations on being named the first ever College Football Playoff National Tailgate Champion presented by Eckrich! Do you remember a first tailgate or moment where all this passion started? And in the time since, are there any other particular tailgates that have stood out in memory?

Tom: The passion started many years ago during the 1980’s on the University of Michigan golf course and continued when our kids became students.  Initially we “roughed” it with our little hibachis and 6 pack coolers!  Over the years, we started fine tuning our game and the numbers grew from a handful to the hundreds! Our tailgate amped up to another level the first time the Wolverine One bus rolled into Ann Arbor in 2008 and stopped people in their tracks on the streets! The Wolverine One legend and future Eckrich National Tailgate Champion was born!

Now memorable tailgates are our annual Oktoberfest, where the Tong Brothers “boot up” and we all don our finest lederhosen!!  One of my favorites was our first night game at The Big House against Notre Dame 2011, where we did a Thanksgiving theme and deep fried a dozen turkeys… AND WE WON IN A CLASSIC FINISH! (Thank you, Denard Robinson).  And of course, we can’t leave out this year (2021) with the triumphant stomping wins over Ohio State and Iowa!

BroBible: The Wolverine One is easily one of the most unique tailgate traveling rigs out there. What inspired you to go outside the box when it came to your tailgate setup?

Tom: In the early 1990’s, I was a dentist in the Navy and traveling back and forth to the dental clinic. During my travels, I would pass these vintage “motorhomes” parked at a business alongside the road, which turned out to be GM Futurliners. At that point I thought, “How fun would it be to create a Michigan Tailgate vehicle from an old motorhome or bus…” Fast forward 15 years, I started searching on eBay and found a retired Greyhound Bus. I made the purchase and over that next year, Wolverine One became the ultimate tailgate machine. 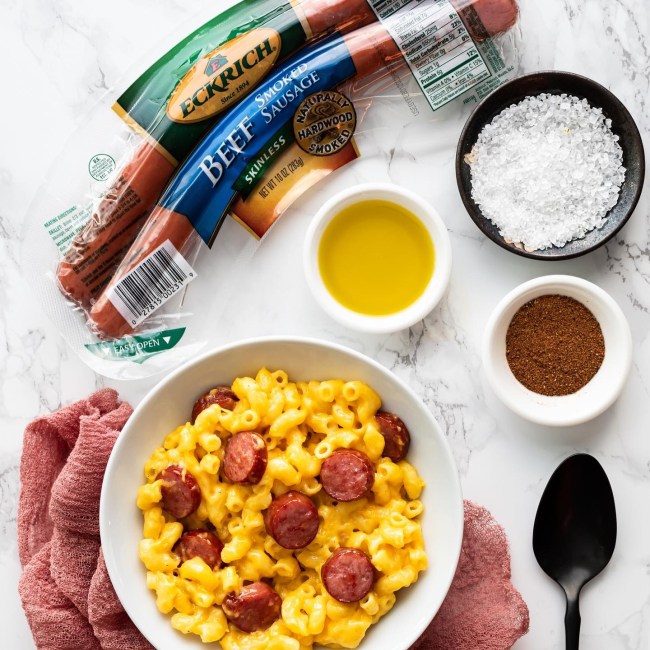 BroBible: As winner of Eckrich’s National Tailgate Champion contest, do you have a go-to Eckrich recipe you can share with us to show off at our next tailgate?

Tom: We have a couple, but our favorite is the Sweet and Smoky Li’l Smokies recipe, since it’s easy to travel and always a big hit.  We also do a Mac and Cheese Bar which includes Eckrich Sausage!

BroBible: When it comes to throwing the ultimate tailgate, what do you believe is the most important element: the food, drinks, game, the people, a spectacular blazer? Or all of the above?

Tom: The PEOPLE of course but PLANNING and a THEME are extremely important!  This includes the food choice, beverage options, music, flamboyant attire and many props. Our personal favorites include an Amtrak Train Horn, miniature bobbleheads of each of the tailgate crew, beer tap on the side of the bus, 3 foot bobbleheads of “Bo” and “Jim,” and many other vintage items on the bus. We also try to incorporate our opponent’s local cuisine when applicable. Of course this all wouldn’t be possible without the essential “THE TEAM, THE TEAM, THE TEAM” attitude by our aMAIZEing Wolverine One family!

BroBible: As part of winning Eckrich’s National Tailgate Champion Contest, you also took a trip to Indianapolis for the College Football Playoff National Championship. From meeting Marty Smith from ESPN to watching the National Championship game live in stadium, what were the highlights of the trip?

Tom: The look we received by every single person in a city engulfed in a sea of red wondering “Are these guys decked out in Maize&Blue lost?” Especially how so many of those quizzical looks turned to requests of photos with them!  And of course, showing off our Eckrich National Tailgate Championship Rings in those photos! Marty was great. He was super nice and seemed genuinely interested in our wild and crazy Saturday ritual! The entire ESPN and Eckrich entourage were very welcoming and made us feel like superstars! Basically, it was the “15 minutes of fame” that made us feel like rock stars the entire weekend! Plus, seeing such an exciting finish by the team we were rooting for, since Georgia beat us in the Orange Bowl, was the icing on the cake… or the mustard on an epic Eckrich Sausage!

BroBible: Are there any last pieces of advice you can offer to anyone looking to take even the most simple tailgate setup to the next level?

Tom: With the right group of people and a dream, anything can happen! We have created so many memories, not only for the Wolverine One Team but also for everyone that attends the tailgates! Go Blue!!