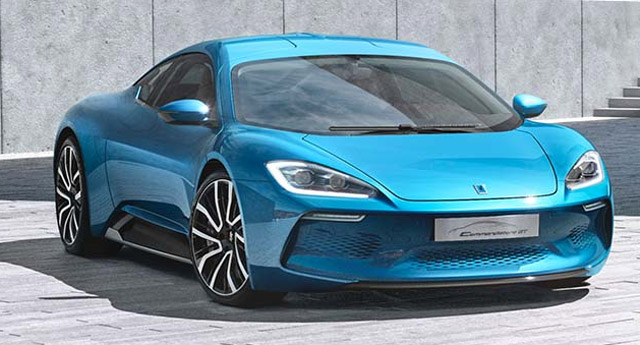 We’ve some pretty sweet limited edition production cars recently, but none of them were so limited that only two of them are ever going to be produced. That is, until now.

However, the Isdera Commendatore GT supercar that was just unveiled at the 2018 Beijing Auto Show will, in fact, be limited to just two cars.

Never heard of Isdera? Well, that’s probably because (1) it is a private automaker based in Hildesheim, Germany, and (2) as you just read, they don’t make a lot of cars. They just make really cool ones.

One estimate says that Isdera has sold around 70 cars since 1983 or an average of two cars per year. The reason that number is “estimated” is because since 1993 all of Isdera’s automotive projects have been kept a secret and sales figures have not been made public.

They did let us in on one secret though, as I mentioned, showing up at the Beijing Auto Show an updated version of their Commendatore 112i, which when designed and produced in 1993 could hit a top speed of 213mph. If you played the video game Need for Speed II then you know all about the 112i.

This new Isdera Commendatore GT won’t hit 213mph, but that’s only because the company is putting a governor on it to limit it to 155mph (it can actually go up to 187).

Don’t let that top speed fool you though. This electric gullwing supercar will still use its two 402 horsepower electric motors to go from 0 to 62mph in just 3.7 seconds, and 0 to 124mph in 9.8 seconds

Production of the two cars is planned to begin this year.