Here’s What 3,947-Pounds Of Marijuana Looks Like When It’s Disguised As Limes 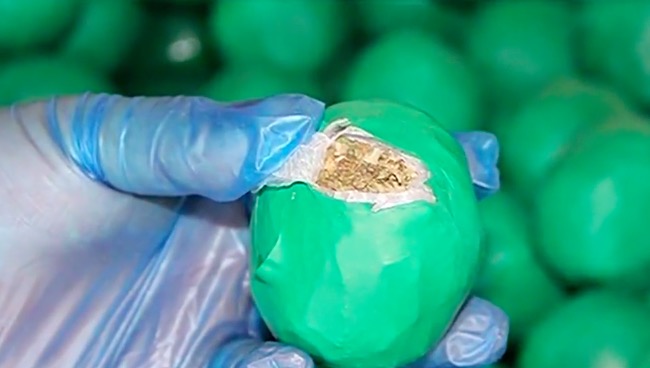 How many of these poorly camouflaged green balls of weed were there? OVER 34,000.

The 2-ton cargo full of weed was discovered by the Border Patrol’s image inspection system and the K-9 drug units on site.

How it ever got that far is beyond me. You can look at these balls of marijuana and realize that they’re not key limes. It’s not fucking rocket science.

Seriously, look at this ball of weed and try to honestly tell me that you could ever confuse this as a lime: 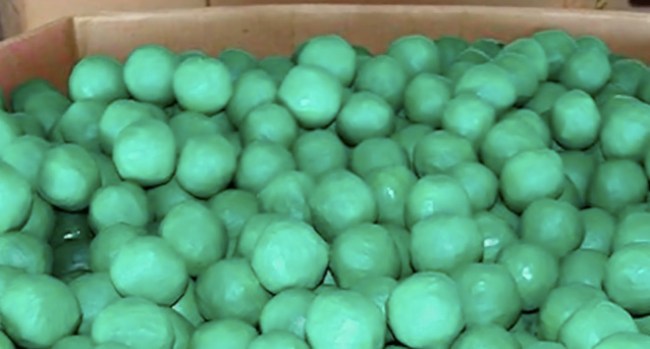 The drug mules would’ve been A LOT BETTER OFF had they listed the shipment as stress balls instead of key limes. At least that would’ve been believable.

Stop me if I sound like I’m wearing a tinfoil hat like crazy ass Alex Jones or some shit, but my hunch here is this: the drug runners didn’t actually care about disguising the weed as key limes because they had an inside man at Border Patrol. My gut tells me that there was someone on the inside but that the plan fell through at the last instant. Otherwise, we’re led to believe that the people shipping 3,947 pounds of weed are certifiable imbeciles.