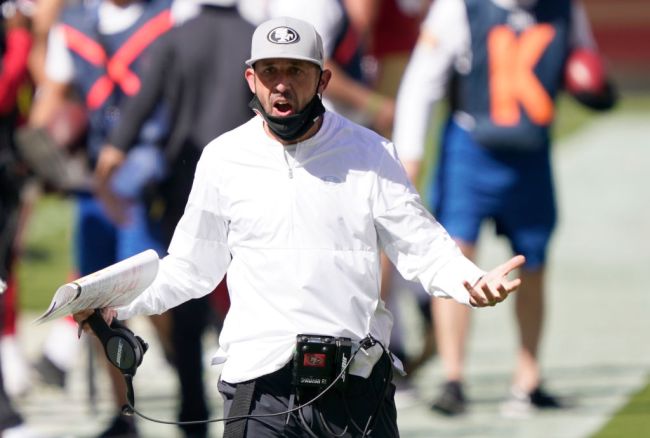 As the reports and rumors became to pile up about Aaron Rodgers being unhappy in Green Bay, many pointed to the San Francisco 49ers as a possible trade partner for the Packers.

The 49ers, like any other team in need of a QB, wouldn’t be doing a good job if they didn’t at least inquire about whether or not Rodgers was indeed available via a possible trade. San Francisco head coach Kyle Shanahan recently confirmed that he did call Packers’ head coach Matt LaFleur about the situation at hand, but the conversation was rather short and to to the point.

The day prior to the start of the 2021 NFL Draft, Shanahan reached out to LaFleur to let him know that San Francisco GM John Lynch was planning to call Green Bay GM Brian Gutekust to discuss Rodgers’ availability. LaFleur was quick to let Shanahan know that the call would be a waste of time.

“Matt told me what I pretty much thought he would,” Shanahan told The Athletic. “He’s like, ‘Aw, you can have him call him, do whatever you want, but you know there’s no way in hell that we’re trading him to you guys.’ … And I came in the next day, I told John, ‘You can call if you want, but I don’t want to waste your time.’ And John quickly agreed and so he never ended up calling.”

49ers fans probably won’t like reading about the call that never really happened, but since then it’s become very clear that Green Bay’s stance with Rodgers is that they’re going to hold on for as long as they can, no matter if the situation continues to get uglier as the NFL season fast approaches.