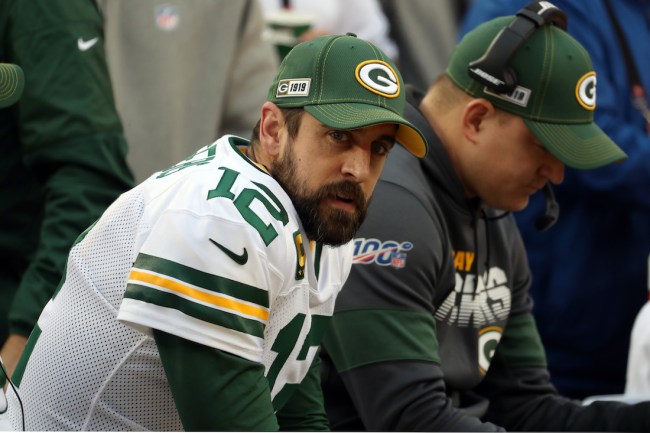 Even at 37 years old, Aaron Rodgers’ NFL career doesn’t seem to be nearing the end anytime soon. Similar to the path of Tom Brady — who just won his seventh Super Bowl at the age of 43 — the current Green Bay Packers quarterback appears to still have 5-6 good years left in him, especially after taking home league MVP honors following the 2020 NFL season.

Of course, one looming question regarding Rodgers is the team he’ll be playing for once he does ultimately decide to retire. While the Packers would love to keep the guy around (or one would think), the franchise did draft quarterback Jordan Love in the first round of the 2020 NFL Draft, signaling to everyone that they’re already thinking about the future. We also know Rodgers wasn’t keen on the decision to draft his potential predecessor, and has even talked about how he reacted to the choice last year.

Unsurprisingly, all of this has opened the floodgates about where Aaron Rodgers might be this time next year, as the Packers can release or trade the quarterback after the 2021 NFL season and only face a cap hit of $17.2 million. It would be insane to think the team would do that, but it could actually be a possibility — which is something Rodgers has spoken about over the past year.

Given all of this, ESPN’s Adam Schefter was talking about Rodgers and the Packers as a guest on Monday’s Keyshawn, JWill & Zubin, with the longtime NFL Insider saying he believes it’s highly unlikely the future Hall of Famer will end his career in Green Bay. Just take a look below at what Schefty had to say.

How likely is it that Aaron Rodgers finishes his career in Green Bay?

Nobody knows for sure what might happen between now and next NFL offseason with Aaron Rodgers and the Green Bay Packers. But given both sides’ sticky relationship over the past few years, it does seem like a real possibility that they decide to mutually part ways. It’s crazy to even think that given Rodgers’ high level of production and his standing as (arguably) the best player in franchise history, but things like this happen — as all sports fans know.

Similar to how the Packers operated 16 years ago by drafting Rodgers in the first round of the NFL Draft to (eventually) replace Brett Favre, it appears as if they’re following the same blueprint with Jordan Love. It worked out for them then, and you can bet they believe it’ll work out for them again.

Aaron Rodgers spoke with @Kenny_Mayne, who asks whether he wants to be a Packer for life. Full interview to air on SportsCenter over the weekend. pic.twitter.com/FES1k2Fgjq

But ruffling the feathers of somebody as passive aggressive as Aaron Rodgers is a bad move. Sure, he’ll be cryptic with his replies about his future with the Green Bay Packers — as he was recently with ESPN’s Kenny Mayne — and he probably won’t allow the discussion to become a problem internally, but, who knows, maybe he snaps and demands a trade for feeling disrespected.

He can be combative at times and come across as surly at times, but every NFL team would take Rodgers in a heartbeat. We’ve already seen a wild NFL offseason so far, but, should the quarterback and the Packers part ways next year, it would be even crazier.