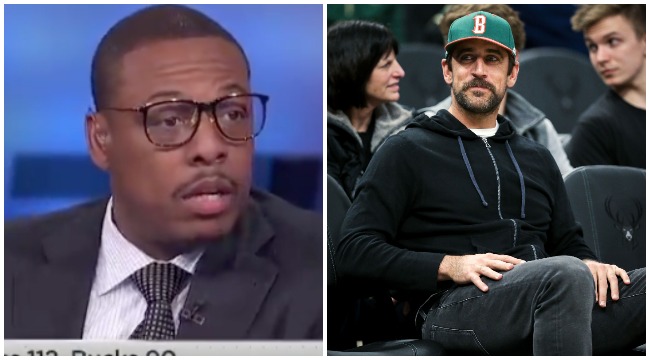 Paul Pierce’s transition from one of the greatest Celtics players of all-time to one of the greatest irritators in sports media has been a sight to behold. The NBA Champion has uprooted the internet several times in the last few months–claiming that he’s a better clutch shooter than Klay Thompson (he is), handling the jersey retirement ceremony with Isaiah Thomas in the pettiest of ways (he never should have been in that situation in the first place), and saying he’s LeBron’s biggest rival (LeBron has confirmed this in the past).

Pierce opened himself up for some criticism when he dubbed the Celtics winners of the Milwaukee series after a 22-point win in Game 1.

“As a team, I don’t know where Milwaukee goes from here, I think it’s over”

The Bucks have won three straight after this declaration was made, are a game away from a gentleman’s sweep, and look wholly unbeatable.

The internet did what it does best: make people feel shitty about their mistakes.

The Celtics are 0-3 since Paul Pierce declared the series was over in favor of the Celtics. pic.twitter.com/MMwOLMFqoV

Respect where it’s due: Paul Pierce did say it would be over in 5.

Paul Pierce walking onto the NBA on ESPN set following game 4 of Bucks vs Celtics pic.twitter.com/iQCkh3h2JX

Aaron Rodgers, who isn’t afraid to feud with his fellow sportsmen (and family!), decided to twist the knife on Pierce saying the series is over.

I love how Pierce has gone full heel. His game has been undervalued his entire career because he’s built like Jared Dudley. But he’s one of only three players to have scored more than 20,000 career points with the Celtics, Finals MVP, 10-time All-Star, four-time All-NBA. If no one is going to put respect on Paul Pierce’s name, he’s going to take that shit. INTERNET BE DAMNED!