After Issuing An Apology, Adam Schefter’s Time At ESPN Could Reportedly Be Coming To An End 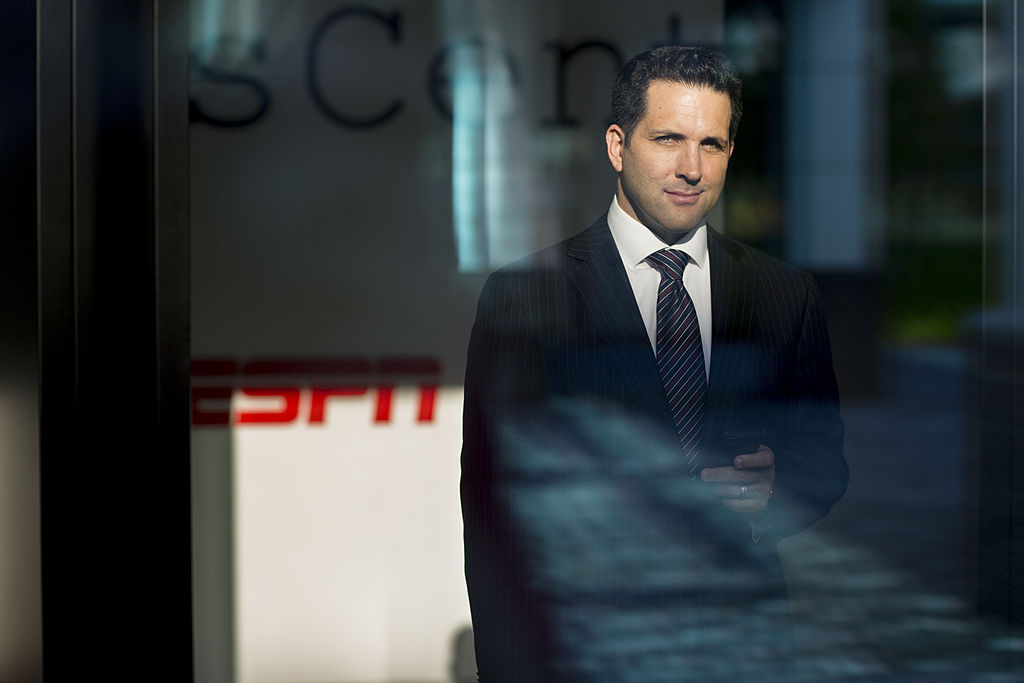 Adam Schefter has had a whirlwind of a week. Urban Meyer should probably buy Adam a beer next time he sees him for taking the spotlight off Urban and the Jags. If you haven’t seen by now, Adam Schefter’s week exploded when he got dragged into the WFT x Bruce Allen email leak controversy.

It was probably the biggest news in North American sports on Wednesday and things only got worse for Adam as the day progressed. Darren Rovell got torched for his attempt to defend Schefter. And then Adam got roasted on social media for ‘tweeting through it‘ and acting like nothing ever happened.

Schefter did release an apology later in the day but he didn’t tweet it or amplify it to his 8.6 million Twitter followers. It was shared late in the afternoon by the ESPN PR account with just 121K followers:

Now there are reports that Adam Schefter’s time at ESPN could be coming to an end. His contract with ESPN is up in the Summer of 2022 and media insiders are reporting that Caesars Sportsbook will make a strong push to hire Schefter, and other sportsbooks are reportedly very interested in acquiring the NFL’s #1 insider.

Front Office Sports was the first to break this report, they also claim that Caesars will aggressively pursue NBA insider Adrian Wojnarowski in the coming days. Insiders tell FOS the sportsbooks are the ones flush with cash right now while traditional media isn’t paying the same:

“The competitive landscape is shifting under our feet as we speak,” warned another source. “The legacy networks want to cut or maintain talent salaries. The gambling companies are flush [with money] — and increasingly willing to spend for sports media talent.”

NEWS: Caesars Sportsbook is preparing to go after Adam Schefter as its latest big talent acquisition

The industry’s top NFL insider will see his current contract expire before the next NFL season.

When his contract @espn ends, it sounds like @AdamSchefter will have some options. @CaesarsSports is reportedly vert interested in the NFL Insider. https://t.co/Hn9hXuwPMq

The NFL currently has deals with seven sportsbook operators, including Caesars. A move like this would have been unfathomable a few years ago but sports betting is no longer taboo and someone like Adam Schefter and his 8+ million Twitter followers could be a huge asset for a sportsbook seeking to expand outside of just taking bets.

Another source in the FOS report claimed sports books will also attempt to sign Adrian Wojnarowski as there’s a shift from being strictly sportsbooks to full-fledged sports media entities.

Scrolling through Twitter, it doesn’t seem like anyone would begrudge Schefter if he went to a sportsbook and got paid. And, of course, there are jokes given what Adam’s week has looked like.

Oh what a coincidence

is this something we can bet on? @CaesarsSports

Interesting timing. Did Shefty plant this?

I sincerely doubt that Adam Schefter will address this story but it will be interesting to see how this plays out after the NFL season wraps up because we know he’s not leaving ESPN during the season ***unless*** they ask him to leave.